Posted on October 19, 2009 by stefan klopp under Hikes

A few weeks ago I went with a few friends and hiked up the Lions. We got up bright and early (a good 5:15am rising), and were ready to leave the city a little after 6am, except we had to wait on the organizer of the hike. As it turns out he was out partying until 4am the night before and wasn’t go to join us. So we trooped on. 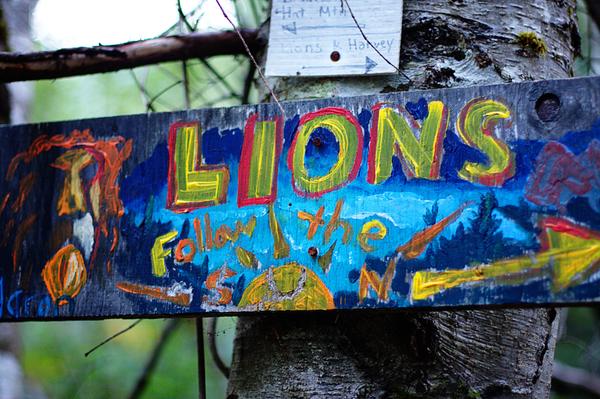 We arrived at an empty parking lot in Lions Bay around 7:45am and began our hike. For the most part the trail up was well marked. The only place we really had to question was in the first 20 minutes of hiking when we arrived at a fork in the road. One of the guys in our group had downloaded the hike info onto his iPhone, so after checking the info, we knew to continue on to our right. After that the rest of the trail was either marked by signs or ribbon. 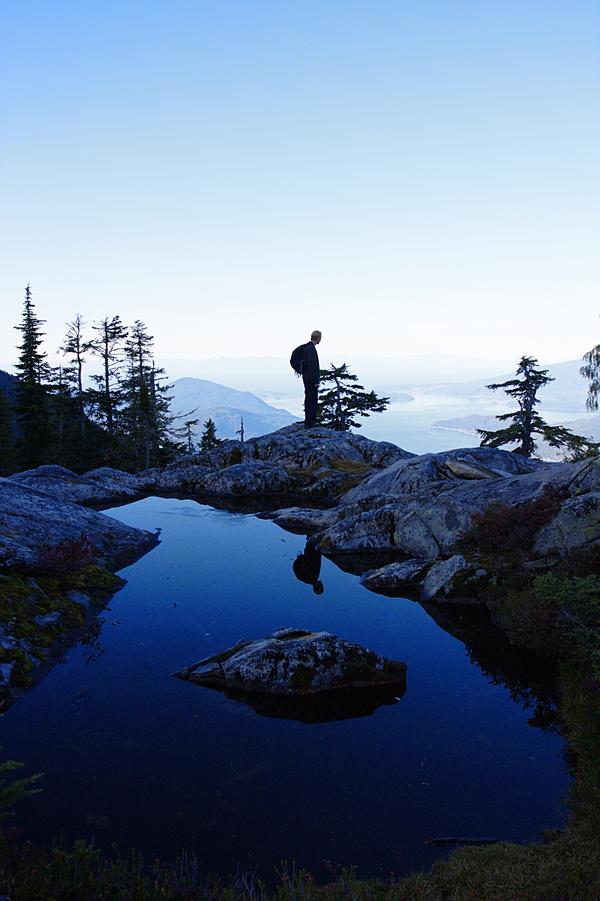 After a few hours we reached the lower ridge that sits off to the left of the West Lions. Here we waited for our group to reconvene so we could take on the final assault of the mountain. Waiting around for the other group members I started to get a bit of a chill. Since we were on the west side of the mountain, the sun was being blocked. In addition due to the altitude gain the temperature where we were at was near freezing (the puddles where turning to ice). While we waited Oliver and Myself did a little huckleberry picking. Having near frozen extremely ripe huckleberries was definitely a thirst quencher.

Once our group assembled we trooped on. At this point the trail goes from a bush trail to a rocky trail as you start to climb up an old rock slide. soon there after we started to hit snow and ice. This definitely slowed us down as we had to be extremely careful as we climbed up. The higher we climbed the more amazing our view got, as a clear view into Howe Sound emerged. 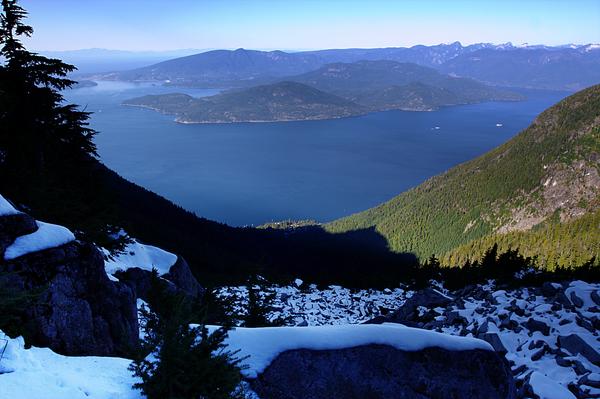 We eventually got to a point on the rock trail where things began to get a bit steeper. The old tracks of the last hikers lead up a section, that didn’t look overly safe, and we questioned whether we wanted to continue on. Eventually I lead the way doing scouting out an alternate route up the rock slide. It proved to be a good route, and within 15 minutes I was standing in the glorious sunshine. It is amazing how much difference the temperature was standing the sun, compared to when I was down on the ridge earlier in the shade.

We continue up this route and shortly there after found our way onto of the ridge between the Lions. We made our way to the highest point we felt safe climbing, and found a nice spot to break for lunch. Having lunch with a 360 degrees view of Howe Sound, the Coastal Mountains, and Vancouver in the distance was a little magical. 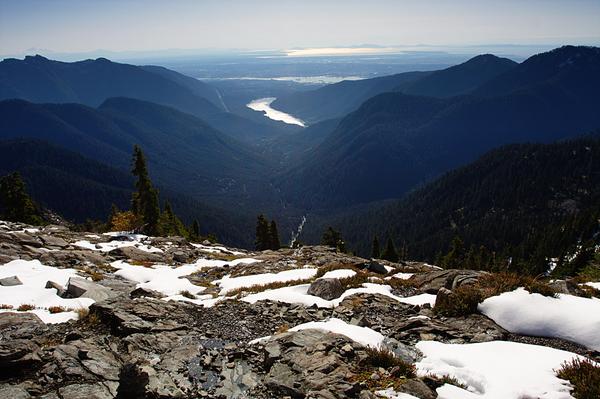 Soon after breaking for lunch another group of hikers made their way up. As we continued to eat our lunch, more groups began to emerge making their way up to the top. It appeared as if others wanted to take advantage of one of the last nice weekends as well. We headed out off the top of the mountain around 1pm. The decent was much quicker than I had thought it would be, even with the snow.

As we continued down the mountain, we passed more and more groups going up the mountain. I am glad now that we got the early start we did, as we got to have the top literally all to ourselves, as well as the trails early in the morning.

After a couple hours we had made it back to the parking lot and we were all feeling really good about the hike. The total time was a little over 7 hours return, however if we weren’t slowed down so much by the snow, and didn’t take it as leisurely as we did, I am sure we could have done it in a much quicker time. Then again, what is the fun in that?

It was a really nice hike, one that I would be sure to do again. Happy I was able to get one good hike in this year, especially with being away for most of the summer. 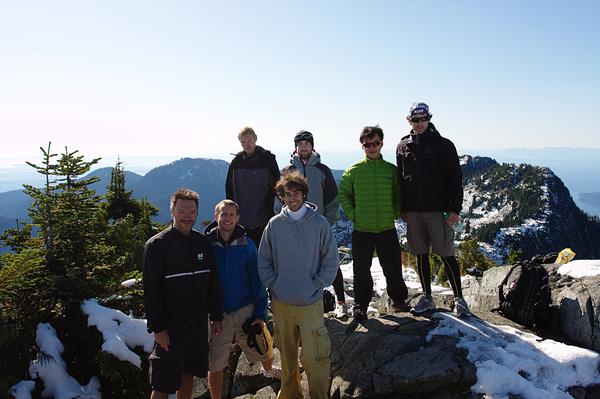