Posted on April 01, 2010 by stefan klopp under Daily Musings

In a few short hours I will be off to pickup a bunch of friends on route to the Arrow Lakes. Some of my friends are from the Arrow Lakes, while others had never heard of Fauquier, Burton or Nakusp until they had met us. We are all traveling to the valley to take part in a celebration of Burton Hockey, and the 10 years since it’s official formulation when we added Kyle Kusch to take stats for us.

For most of us though, hockey has been a part of our lives for more than 10 years, but rather a lifetime. Hockey was never about winning or losing, how many goals you scored, or that sick deke (not that we didn’t want to win, score goals, or revel in how awesome that deke was!); It was about getting to spend time with your friends and having fun. Some of my fondest memories of when I was young were from playing hockey. Foot vs blade sessions in the Fauquier Rink, knee hockey in Steve’s living room or shooting balls at his shed, and of course those ridiculous sessions up at the Burton basketball court with some of my closest friends. 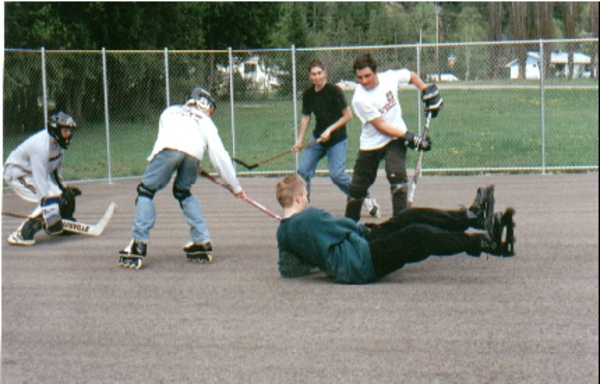 As we grew older, hockey became more and more a tool to keep friendships together. Often times coming home for a visit your time was short and mostly spent with family, so it was tough to see all your friends. However you were bound to see most of them if you showed up to a Burton Hockey session. In that way Burton Hockey was a tool to reconnect, to be apart of something, and to be with Friends. 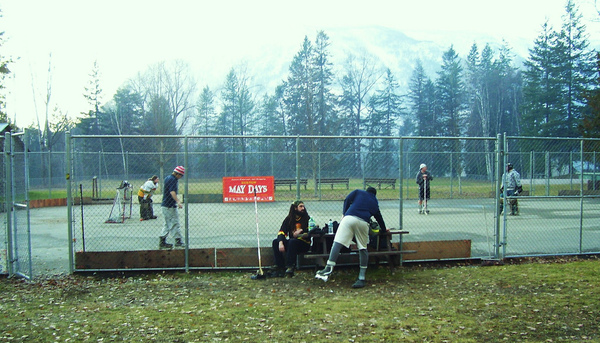 With many of us original players now living in Vancouver it was natural for us to branch out, and start what we had in Burton here. It took a while, but that same enthusiasm for the game was found here with the new Vancouver based players. In the same way, Burton Hockey in Vancouver provided friends to get together, to have fun, and reconnect. 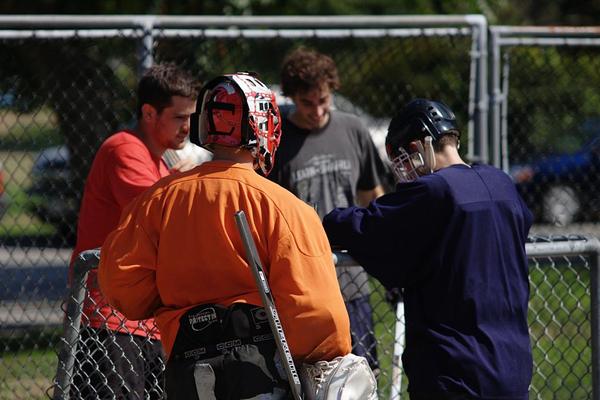 Why were stats important? Stats first and foremost were a way to include a really close friend in the fun we were having. Stats turned out to be more than that though. Stats provided a way to document our sessions, and have a record of all the good times. Along with the website the stats were a way to build excitement, and a way to make things ‘official’. It was a way to build excitement, and to entice new players to play, and in the more recent years they have been a good way to fuel the friendly rivalries between the two leagues.

While the stats provided the momentum to Burton Hockey 10 years ago, it would all be for not if there wasn’t a rink. It took a major effort from Lorne, Joern and Simon and their parents to fight for the community to build that plot of asphalt. When they had won the community over and were given the grant money, those 3 spent every day at the rink to help build it. It was a community born effort that has gone on to strengthen not just the Burton community, but the community of the Arrow Lakes as a whole. 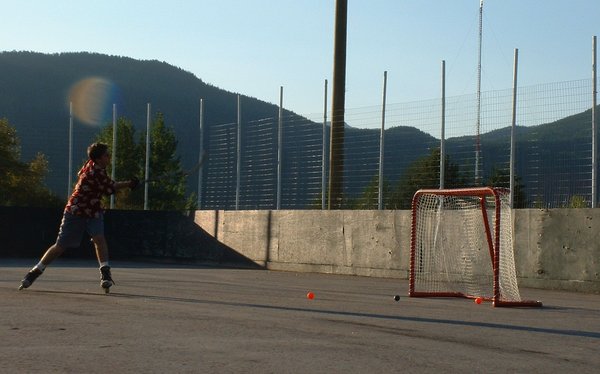 So say we all.

So say we all.