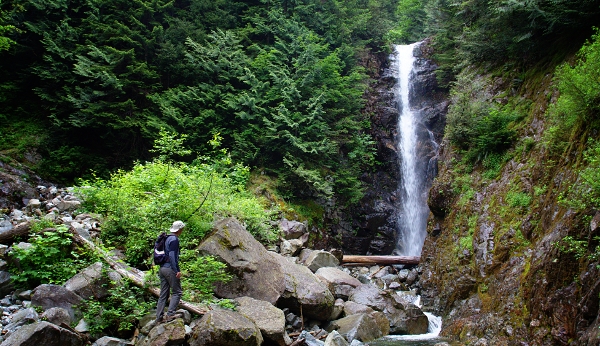 Went for a hike yesterday with my Brother Rob, and my buddy Rob in Lynn Canyon. It was my first hike of the year so I wanted something pretty easy with the option of going a bit harder if I was feeling up to it. Norvan Falls and the Coliseum provided just that. The initial hike up to the Falls was a pretty easy hike on a low grade trail. We made it to the falls in a little under 2 hours. At the falls there was this really kick ass bridge across the creek. 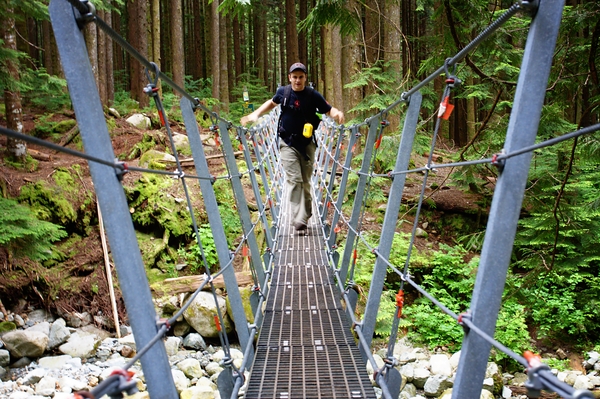 The falls were gushing pretty good with all the snow melt going on. We made our way up close and snapped a few pictures. Rob decided he wanted to stand in the pools in front of the falls. The water was pretty ice cold, so he didn’t last longer than a good 20 seconds before having to step out of the water. 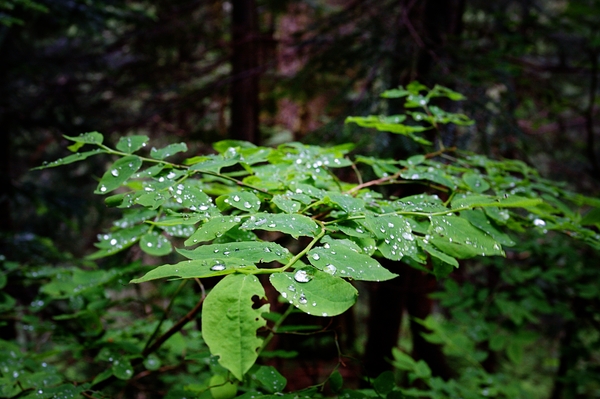 It was still very early in the day, and we all had lots of energy left after the Norvan Falls portion of the hike so we decided to see how far up Coliseum we could get. An hour and a half up we found a really pretty smaller waterfalls and pool where we stopped and broke for lunch. On a sunny day it would be a fantastic place to take a little dip and have a picnic. 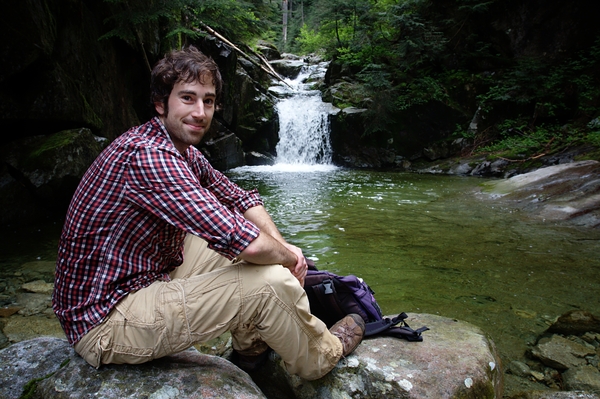 We continued to push on forward up the trail. There was a section through a boggy area that would have been a lot worse crossing if it wasn’t for some recently built steps made out of slices of wood. As we got higher up there was more and more patches of snow. Finally we made our way up onto the ridge of the mountain. From the ridge there was a bit of a view down, however nothing great at this point. We continued to push up higher up the ridge, which was now fully covered in snow. 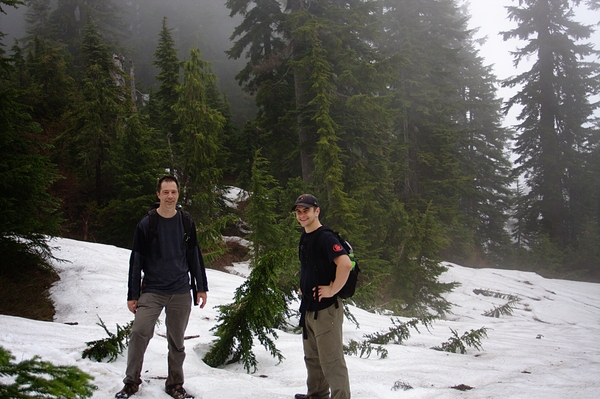 Eventually we got high enough that we were stuck in dense fog. The layer of fog was thick and we didn’t see the point in continue up any further than we had, as there would be no better view. So we decided to call it about 100-200 meters from the peak of Coliseum, with a vow to return again when the weather was a little better. 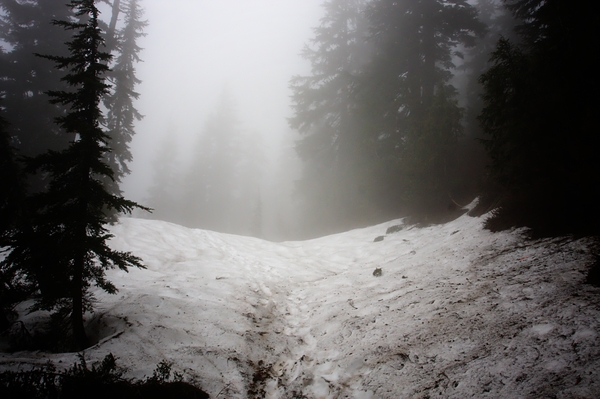 The way down was a challenge on our knees due to the steep decline. By the time we got to the parking lot at Lynn Valley all three of us were a little hobbled. Really fun first hike of the year, and one I will definitely have to do when the sun is shinning.