Posted on October 18, 2011 by stefan klopp under Travel

Part of the reason we stayed a little longer in Greece was so that we could visit the monasteries in Meteora. From the moment I saw a photo of the monasteries perched out on cliffs I knew we had to go. We missed a bus, and didn’t arrive at the neighbouring town of Kalabaka until 4pm. We walked our way to the neighbouring town of Kastraki where we found an extremely cheap yet nice place to stay. It seemed like the area was dead. Everyone had rooms available, and there was little to no action. We took this as a good sign that we would have the monasteries to ourselves.

After dropping off our bags we decided to walk up the road to Meteora and see how far we could get. We had heard different reports on how far it was to get up to the monasteries, and luckily for us the distance wasn’t too long. It was a nice hike up, with lots of wild figs and blackberries for sampling. Less than an hour and we were at one of the main monasteries, which we found completely deserted. While the actual building was closed (it was after hours) we did get to explore around the area. As the sun began to drop behind the horizon we made our way back to Kastraki. 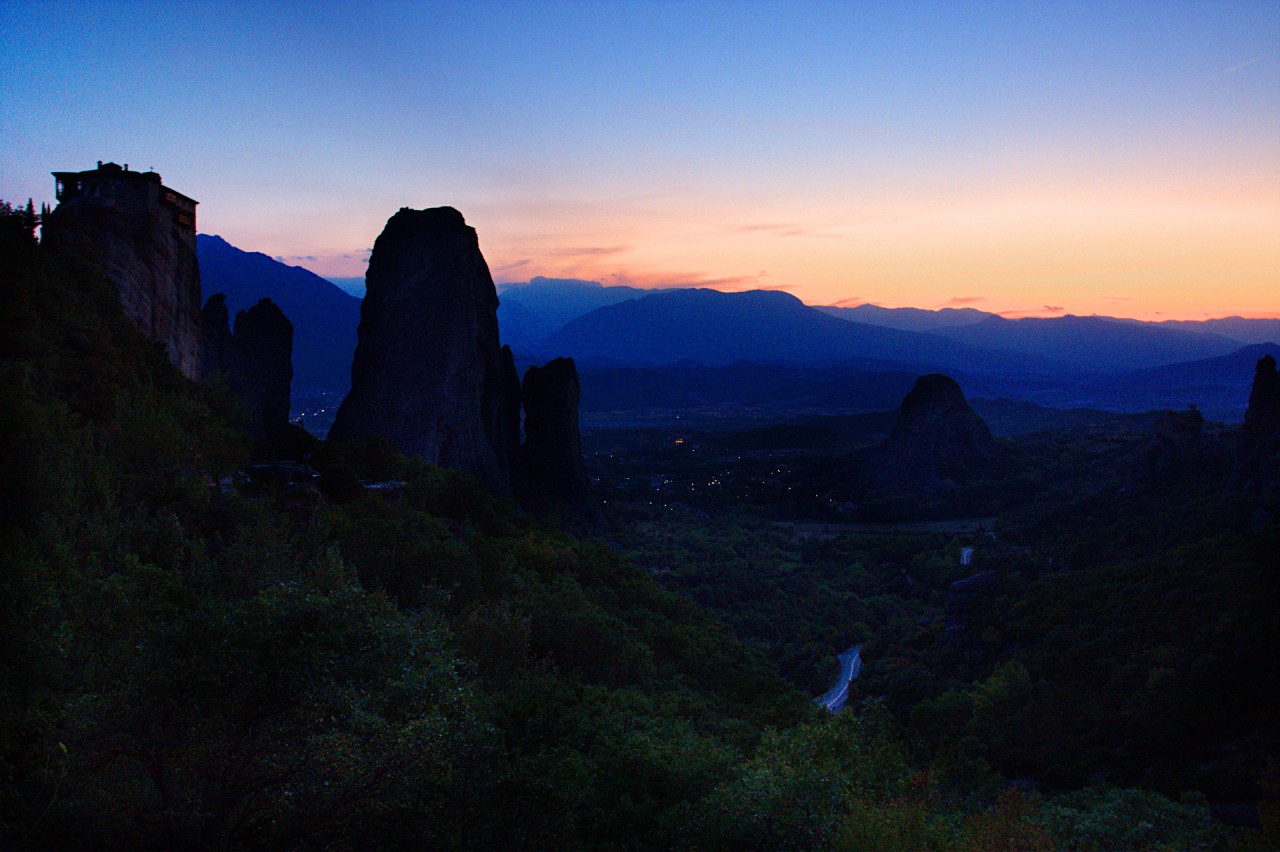 The next morning I woke early and hiked up the hill to catch some early morning light. Instead of following the main road, I decided to hike a marked trail (albeit in Greek) I saw off the road. It took me by one of the monasteries, then began to climb quite steep. I followed the trail up further, and began to hear voices all around me, as if a massive group of people were just around the corner. I continued to climb and the voices got louder. Finally after rounding a last bend I ended up at the top monastery. The voices I was hearing were those of tourists above echoing down the canyon.

It was shocking to see so many tourists, when the day prior after hours the place was completely dead. Tour buses were lined down the narrow road, and as I looked down into the valley I could see more on there way. I was happy to be on foot, as it let me take a reprieve from the people. The rest of the day I hiked throughout the area checking out all 6 of the monasteries. Each one seemingly more magnificent than the previous. It was a wonderful day despite the number of tourists.

Here are some of my favorite shots from the Monasteries. 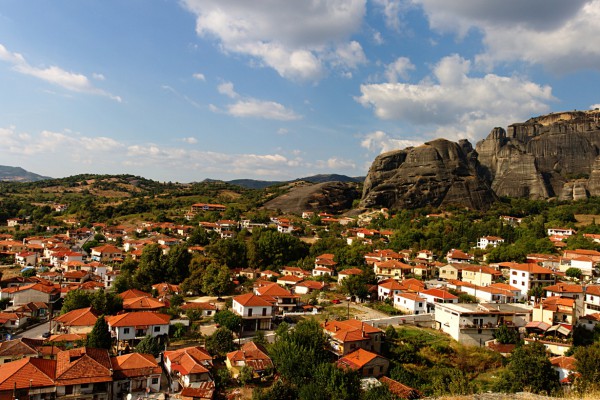 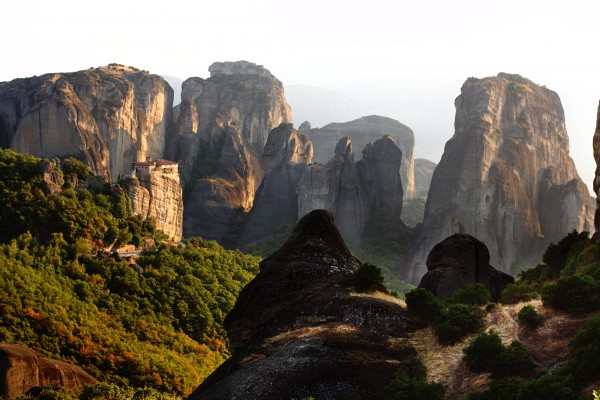 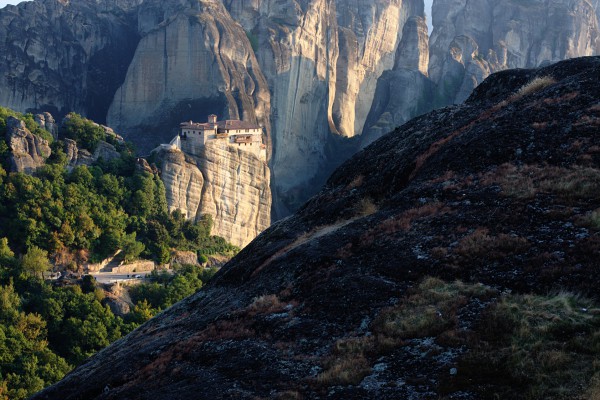 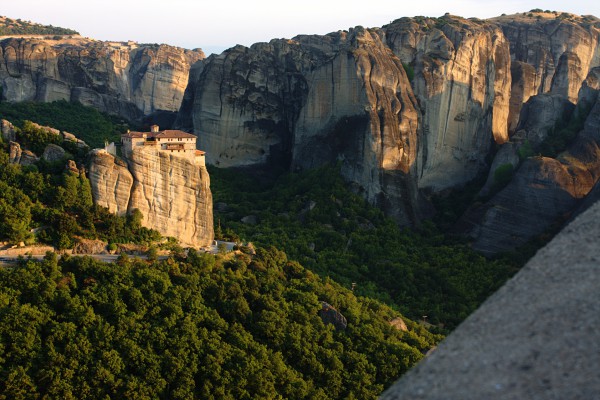 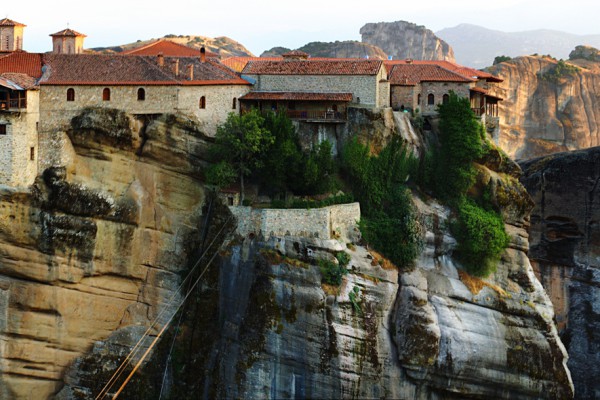 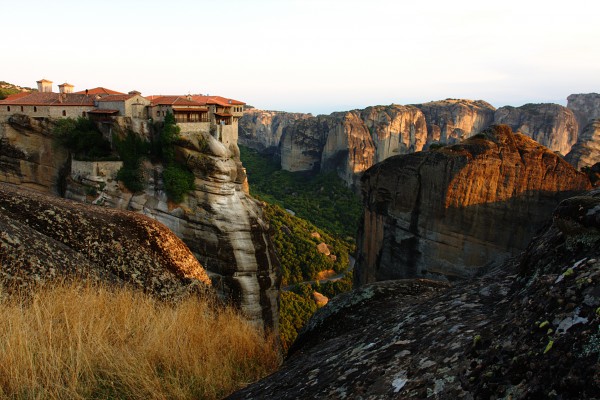 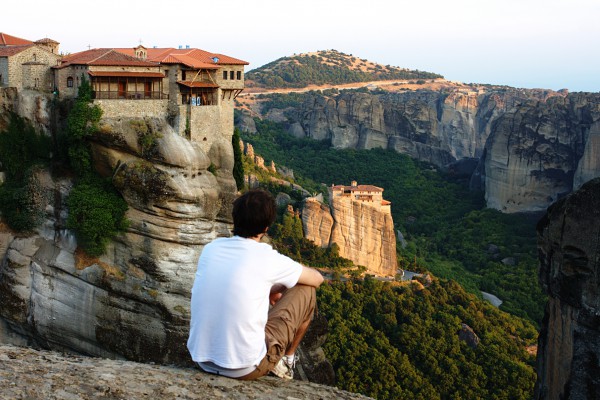 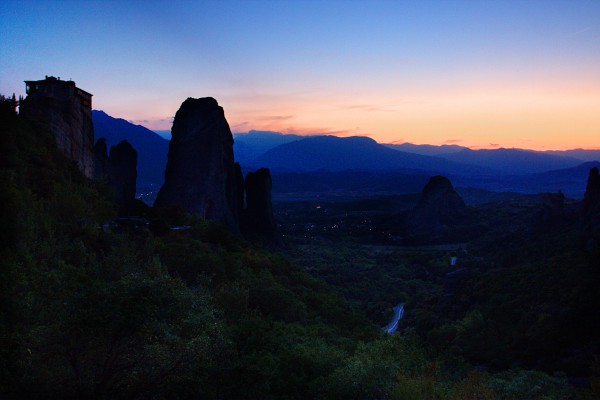 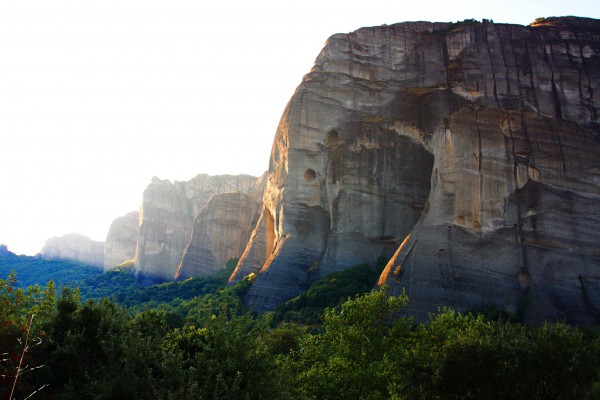 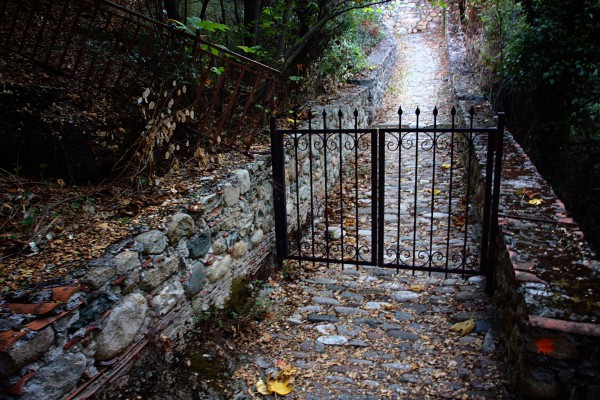 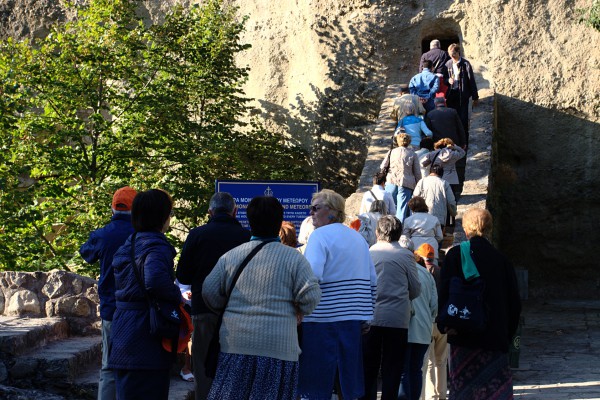 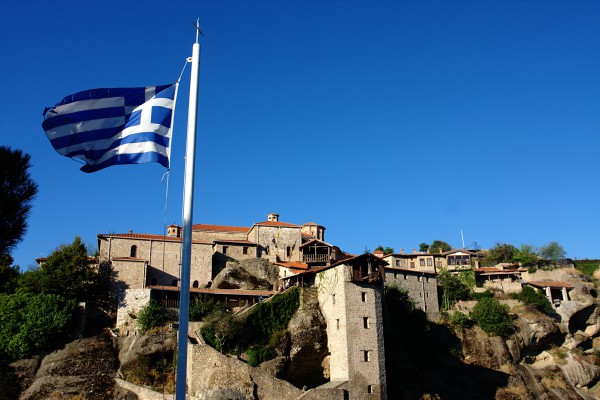 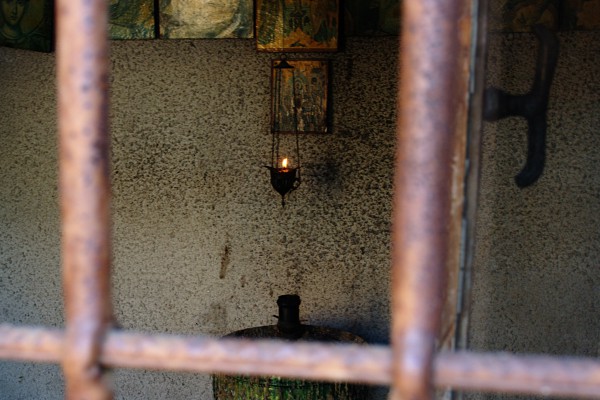 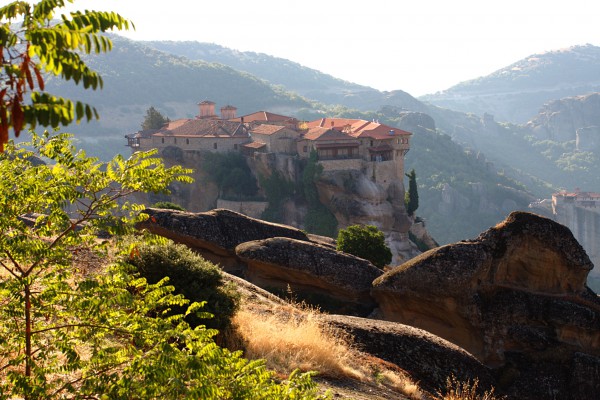 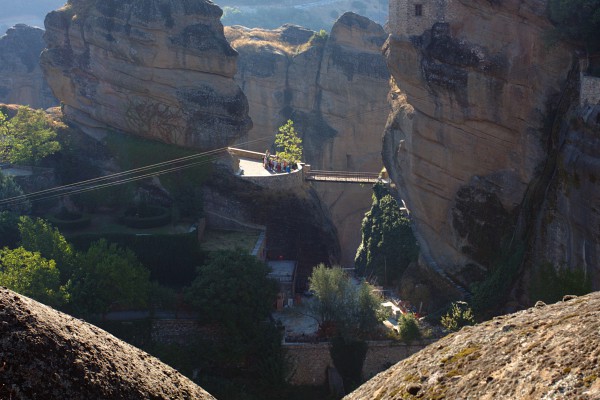 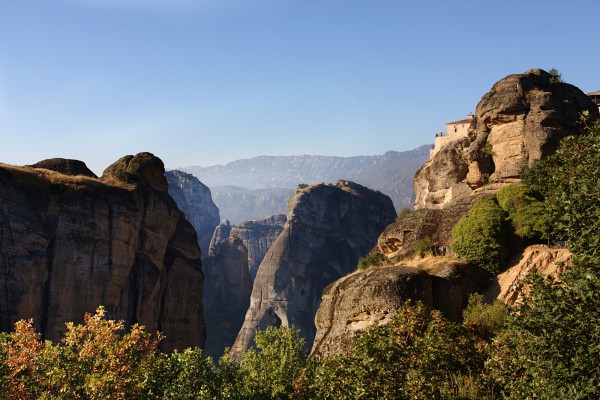 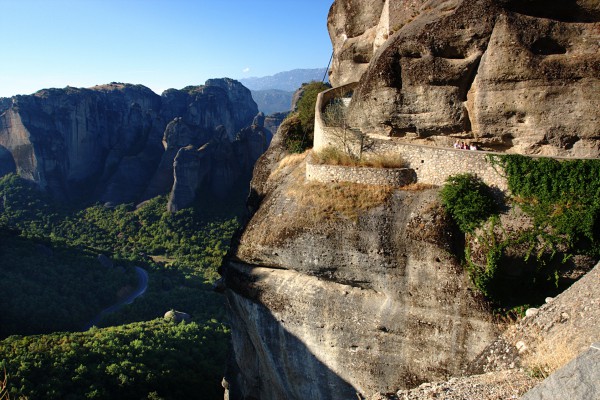 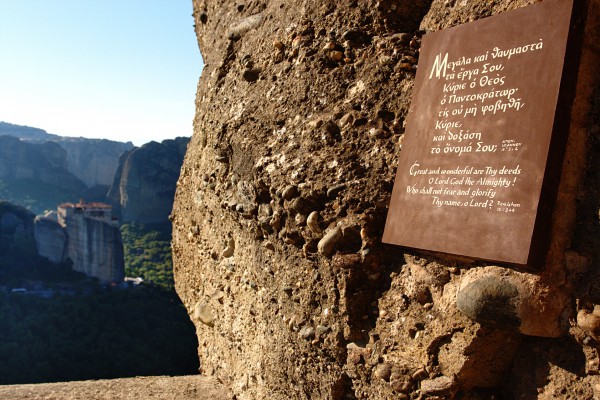 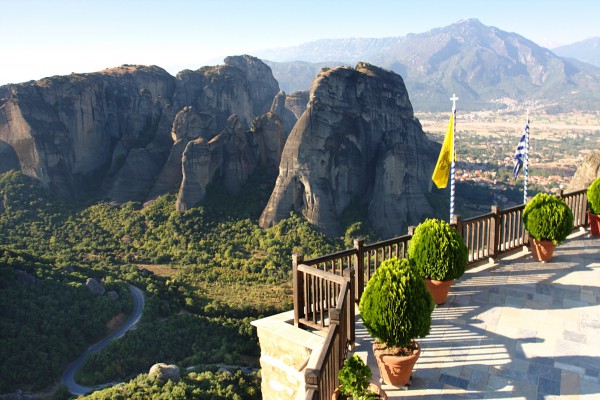 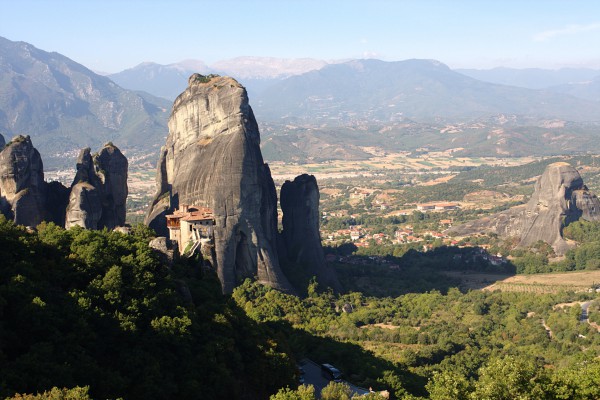 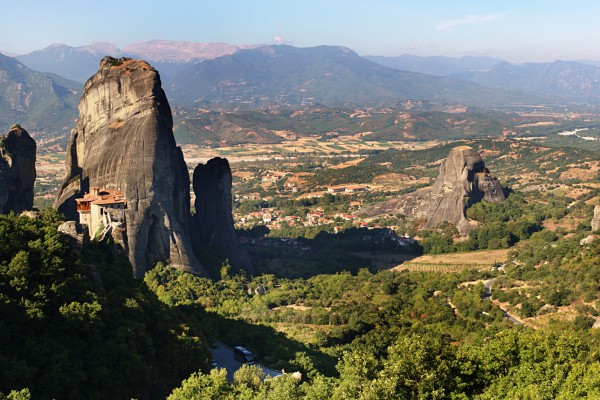 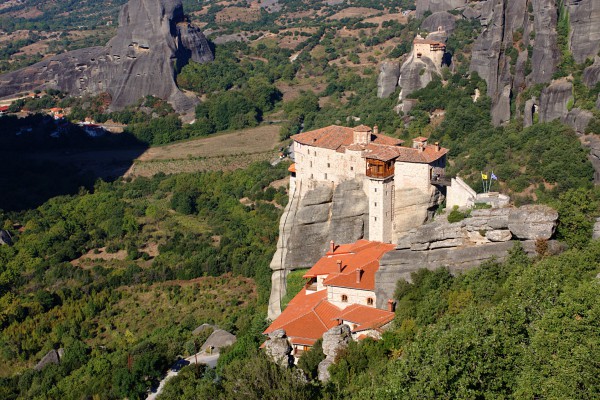 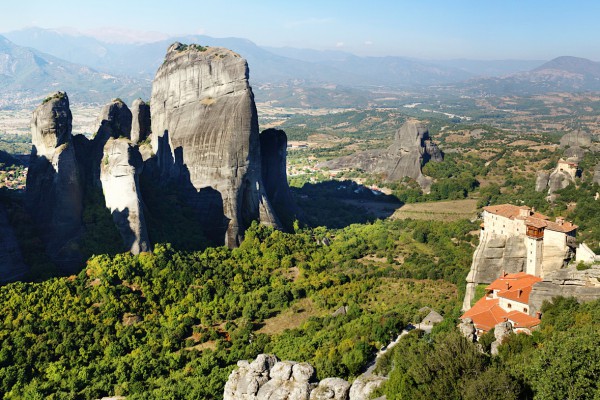 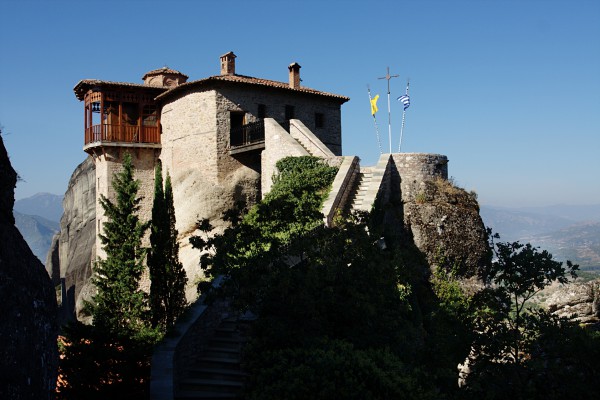 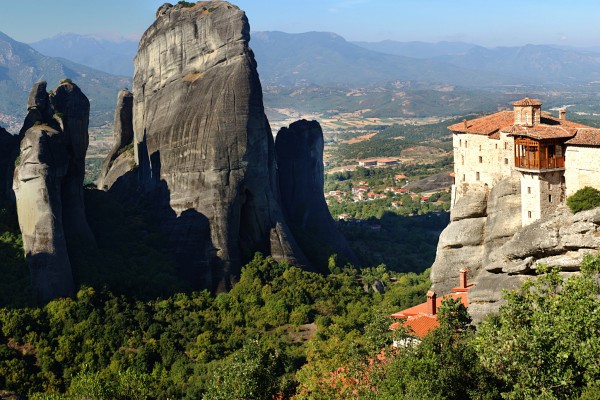 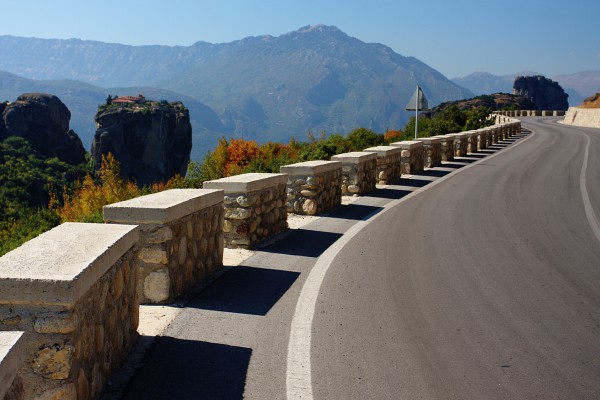