Posted on September 19, 2009 by stefan klopp under Travel 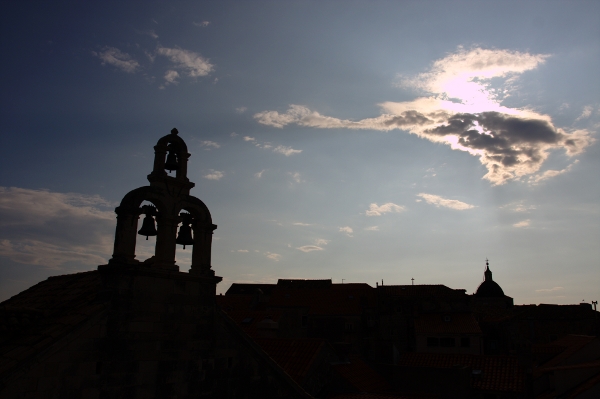 Despite getting screwed by Avis and CarRentals.com Jason and myself carried forth with our initial plans to drive up the coast of Croatia in our rental to Zadar. We would then travel east to visit the Plitvice Lakes, before heading back north one again to reach our final destination of Rijeka, where we planned to spend a few days with our friend Sid.

Our route took us initially through Bosnia and Herzegovina, then back into Croatia. Once we passed back into Croatia the coast got absolutely gorgeous. High cliff-side roads overhanging the Adriatic Sea. We stopped in at random villages and towns exploring as we went. One village were we broke for lunch at, lacked any roads into the town so Jason and myself packed our lunch and hiked down into the town. Everyone in the town must have known each other, because when we walked down by the water, we got a bunch of peculiar looks. The people were just curious though, and when they saw we were just looking for a place to have lunch, went back to whatever they were doing (mainly frolicking in the water). 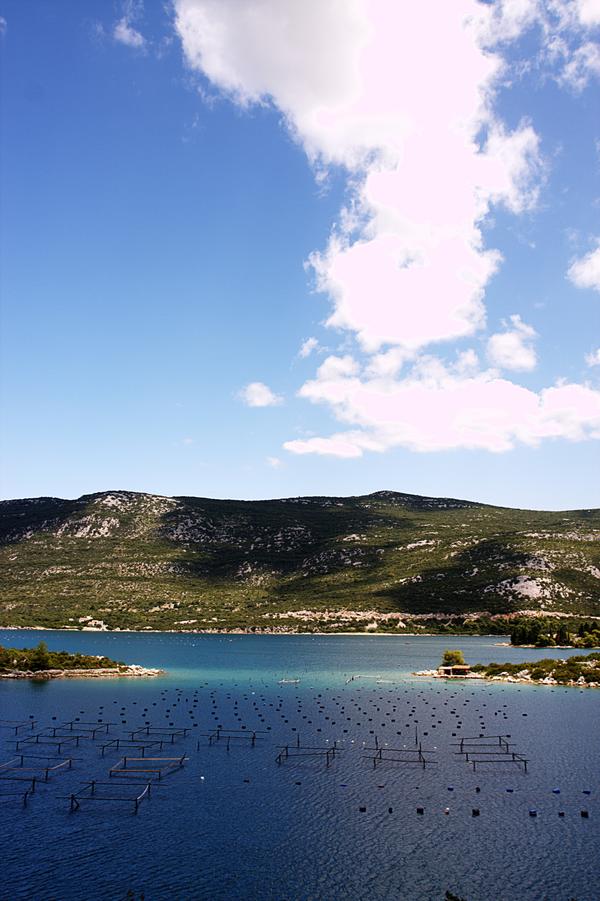 One of the next villages we stopped at was a little more touristy, and we were able to get our daily gelato. It dawned on me here what a major role the water played in the lives of Croatians. It appeared the life of each town was found along the water, and when you have such a beautiful sea, it makes a lot of sense. 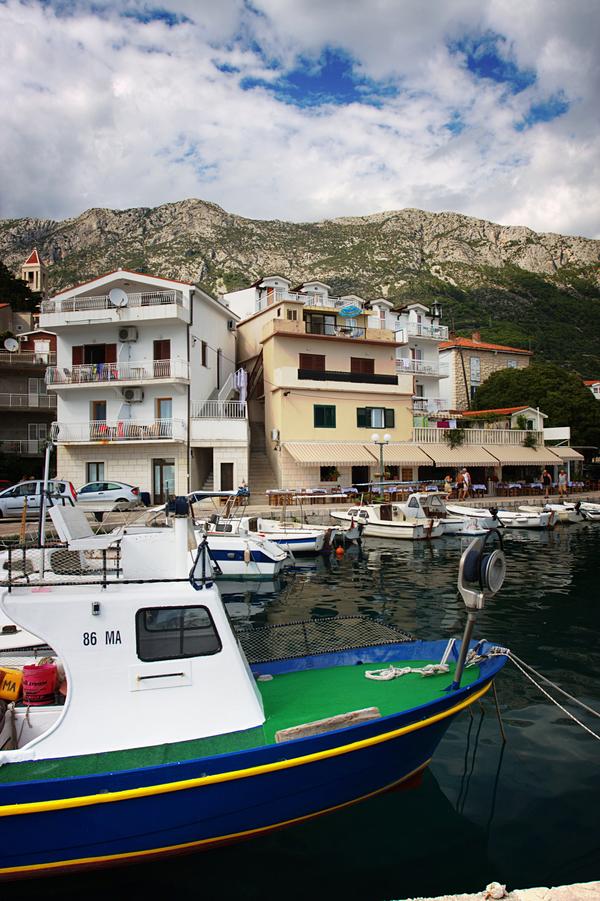 We eventually made our way up to Split, where we initially had planned to spend the night. Split was a much larger city than either of us had anticipated, and Jason was having troubles finding parking and navigating the narrow roads. We eventually found a place to leave the car and did a little exploring. The old part of the city really reminded me of Seville in Spain, but not as nice. We had dinner in Split and caught the sunset, and then decided to drive a few more miles north before calling it a day. 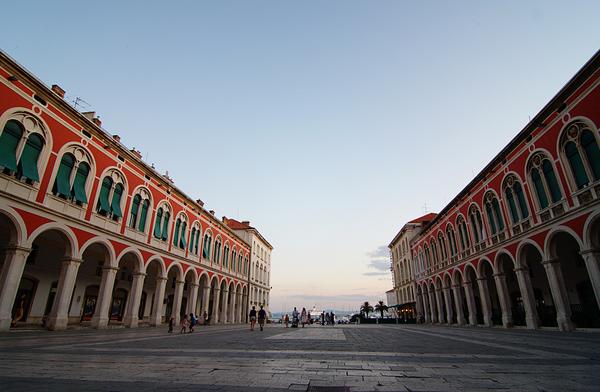 Finally we stopped in a town called Trogir. Trogir was a wonderful little town that had a lot of the charms that Dubrovnik had, just a lot smaller. We were able to get the last two beds at Hostel Trogir, and after showering and settling in, we hit the town. We had a few drinks in the main square, then found this fantastic open air bar. It was situation within the city walls, so it was like being in an ancient tavern, however the building had no roof or ceiling, so you could look up to the stars while drinking your beer. It was really quite spectacular.

The next morning we left Trogir amid a massive traffic jam. Took us nearly an hour to move 10km. Finally we got outside the city however and were able to get moving. We cruised inland for a while and got to see the agricultural side of Croatia before heading back to the coast, on route to Zadar. We made it to Zadar by noon, filled up on gas, and headed inland towards the great lakes of Plitvice. 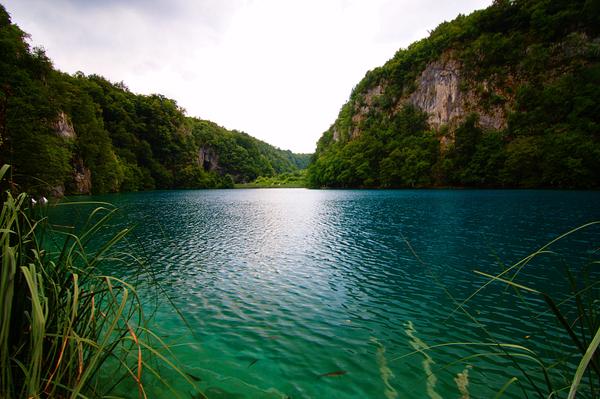 We arrived at the lakes to find a mass of people. This was definitely one of the major tourist destinations of Croatia. We paid the the entrance fee and made our way onto the path leading to the lake. Half way to the lakes I realized I was going to have a hard time enjoying it. The paths we were walking on were packed with people. You essentially were herded around the lakes with everyone else. No time to take in the beauty, or simply enjoy the environment you were in. It was a shame really. I imagine if you came early in the morning it would likely be a lot better, however what we experienced was not all that enjoyable. With that said the lakes themselves were very pretty. Someday it would be nice to visit during a less busy time of the year.

We finally hit the road again on route for Rijeka. In typically Jason fashion he was coming as a surprise to Sid. So when we finally arrived we parked the car a good 2 blocks away, and I went off to find Sid. After finding her, I told her I had to get my stuff from the car, so we walked back to our car. Jason was rummaging through the trunk when I brought Sid. As I got close to the car I told Sid, “So Sid, I have a surprise for you…”, Sid responded, “What Jason?” Then started to laugh, only to realize a moment after I had brought Jason! 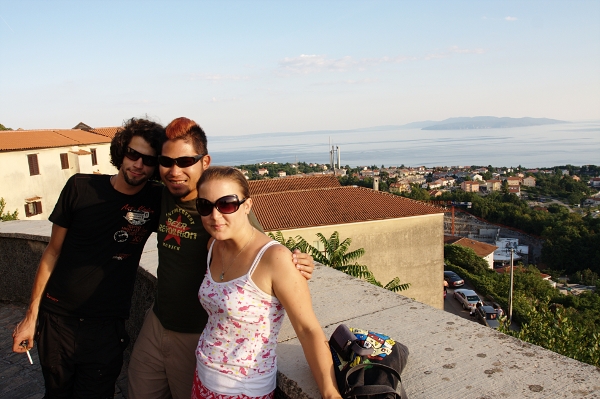 We spent 3 days in Kastav (where Sid lives close to Rijeka). I wish I could tell you they were packed with sightseeing. Rather it was 3 days of a lot of alcohol, good food, and great company. I realized during this weekend that Croatians, really know how to have a good time. We did have a chance to briefly checkout the town of Kastav, and spent our last day on the beach, which was the perfect way to relax before heading off again.

All in all it was a wonderful trip. I wish like i often do, that I had more time to explore, to get off the beaten path, and to see the more hidden parts of the country, but I shall leave that for another trip, as I will be sure to return. A special thanks to Sid for making our last 3 days extremely memorable, and for taking car of us. Especially when we were in an inebriated states such as this: 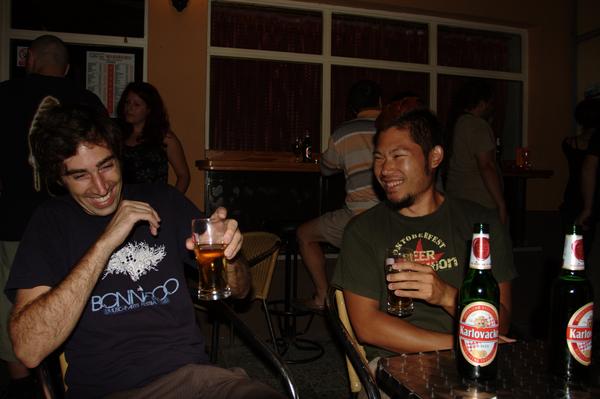