Posted on March 03, 2010 by stefan klopp under Daily Musings 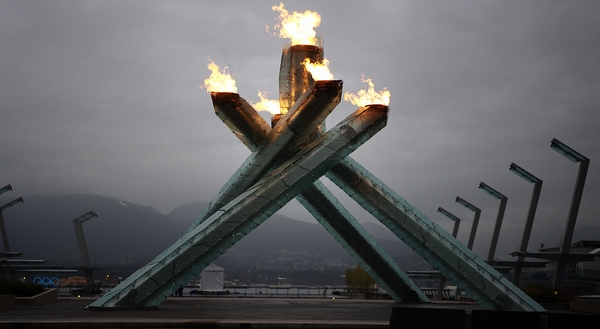 Most people who know me knew I wasn’t a big proponent of the Vancouver Olympics. The city of Vancouver has a laundry list of problems that the money spent on the games could have gone towards. Despite my opinion the games were going to go on, and I had the choice to make the most of them, or sit them out sulking. I decided since I would likely be paying for these games (along with the rest of Canada) for many years I would do my best to enjoy all they had to offer; and to be quiet honest, it was hard not to. 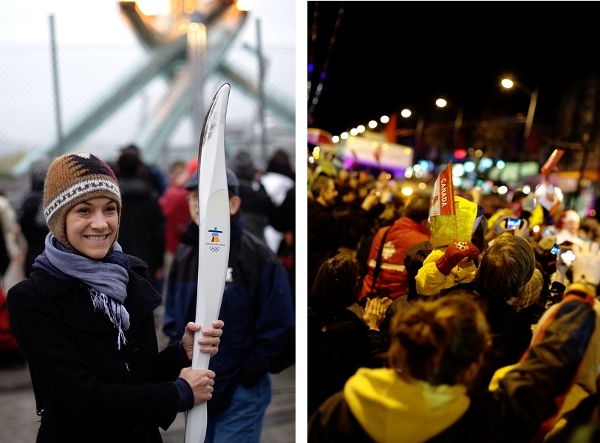 My Olympic experienced started off with the torch running through my neighborhood down 4th avenue. Chip Wilson of Lululemon fame was the torch bearer, and got to run it past his flagship store. I was blown away by how many people were on the streets. hundreds packed 4th avenue in both directions as far as the eye could see. The city was excited. 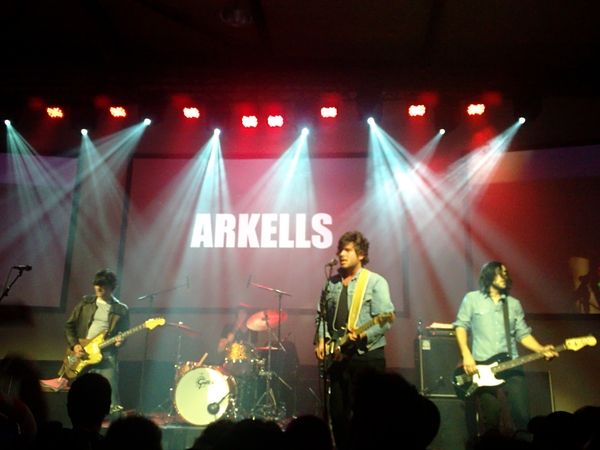 One of the things I was looking forward to during the Olympics was all the free concerts that were going on around town. I was able to catch a good number of great bands. The Arkells and Broken Social Scene at Ontario House, The Stanfields and Julie Doiron at Atlantic Canada House, Wilco at Livecity Yaletown, and Wintersleep at the Ozone in Richmond. The sheer musical talent that was in the city over the 2 weeks was outstanding, I just wish I was able to catch more of it. 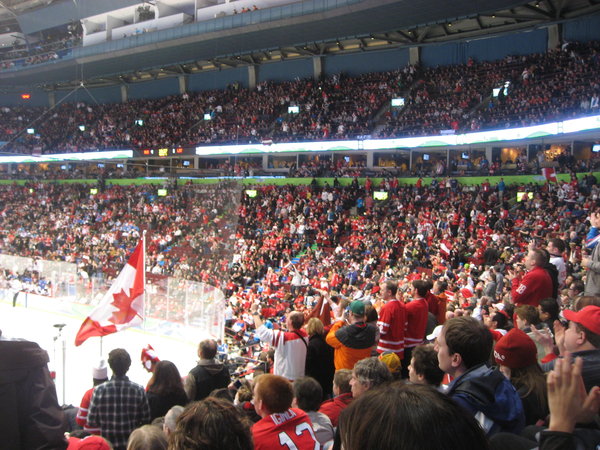 I was also able to attend one event during the Olympics; a hockey game featuring Russia vs Latvia. It was a bit of a blowout by Russia what was expected. I got to go with Jason for free courtesy of our good friend Brian in Lethbridge. 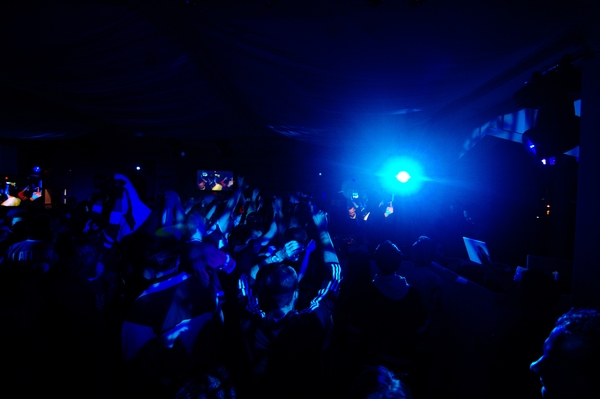 In addition to the concerts and the events I tried to get out to many of the houses and pavilions after work. It was often tough to get into specific places as the lineups were just horrible. This is to be expected when over a million new people show up in your city. 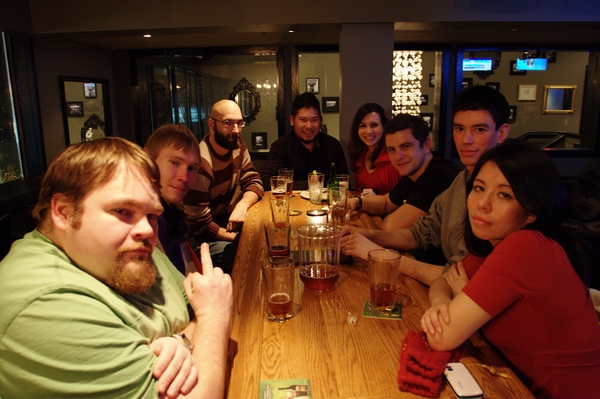 Ultimately though the Olympics came down to experiencing the excitement of the games and the city with friends. The experience wouldn’t have been the same if it weren’t for my buddies. 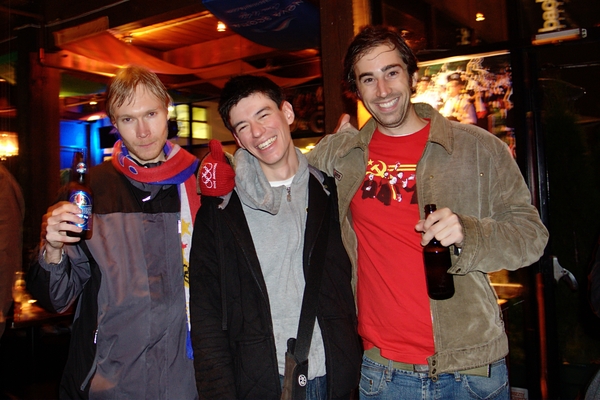 It was also great to have visitors from out of town in the city. Joe and Kasie made the trip up from California, Sophie was in from London, Bryan from Lethbridge, and of course Mr Newfie Joe made it to town as well. 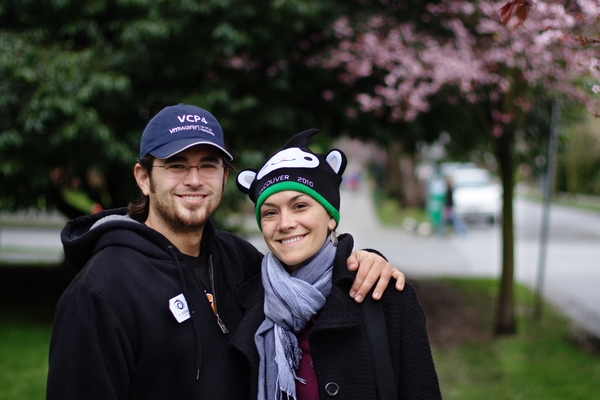 In the final few days of the Olympics I got more and more into watching the events, especially the hockey and the curling. Out of shear luck we were able to find a place to watch the semifinals game against Slovakia as we just happened to be watching the womens curling finals outside a fully booked bar that happened to have one table just come available. 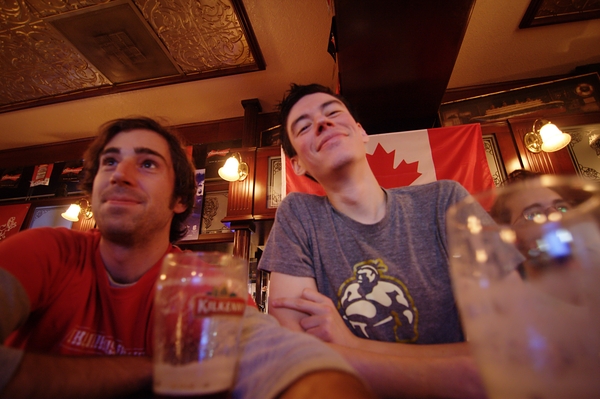 Since finding a bar to watch the gold medal hockey game was near impossible, I invited friends over to my place for an impromptu brunch to watch the final game. It was an amazing finale to the Olympics, and a nail-biter of a game to watch. Eventually Canada pulled out the victory in overtime thus calming all of our nerves. 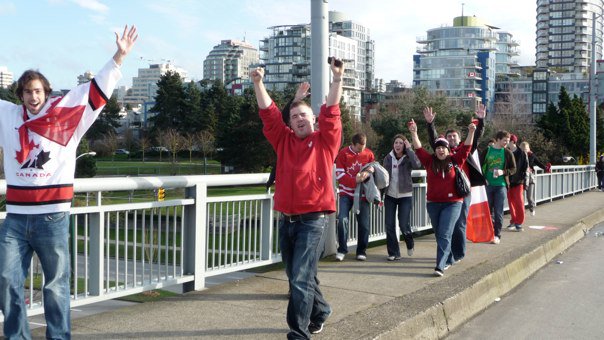 After the game we took to the street and marched down Granville Street to join the city wide party to cap off an amazing 2 weeks.

Despite my opposition to the games I did do my best to make the most of them. Now that the party is over, it will be interesting to see what happens with this city. Will it go the way of Barcelona and turn this city into an exciting, “fun” city? Or will we be the next Athens riddled in dept. Only time will tell. One thing is for certain, that 6 billion dollar price tag certainly won’t be going away anytime soon.

Glad you enjoyed it; I can’t even even fathom the blast you had.

Stef, thanks for the report and pictures. I was waiting for it. Glad you enjoyed it all. Canada can be so proud. I am. What an exciting hockey game and amazing finale to all the other great events. I think the benefits of the games cannot only measured in dollars and cents. I felt so proud to be Canadian and experience the wonderful unifying spirit from coast to coast. ..Biene

Great pics, Stef. Had the time of my life!

Possibility. Only if we can get 100M sprint tickets!