Posted on December 31, 2008 by stefan klopp under Daily Musings

2008 was another really good year for me. I was able to do a lot of traveling, see some good shows, spend time with family and friends, and find a new passion in photography. 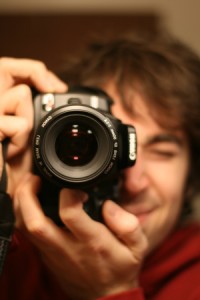 At the start of the year I decided I wanted to get into photography. So as a Christmas gift to myself I purchased an entry level DSLR, and made a commitment that I would learn how to use it. Over the past year I have thoroughly enjoyed learning and shooting as much as I can. I will be posting a 1 year of photography post later so I will leave this at that. 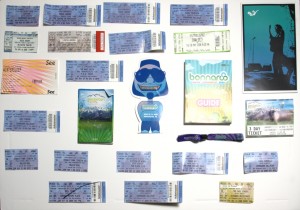 As far as shows go this year I didn’t go to as many as the previous couple years, but the shows I did see were pretty special. Some of the bands and festivals I attended this year:

My only regret was that I skipped the Mars Volta concert. I had tickets, but arrived back from England a few hours before the show, and didn’t have the energy to make it out to the PNE. 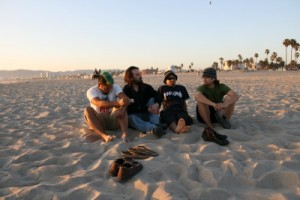 Speaking of travel, in 2008 I really began to take advantage of my ability to work anywhere with my Job. My first major trip of the year was a 5 day stay in California with Joe and Kasie for the Vedder tour. I found I was quite able to work productively with a noisy distracting environment. At one point I was even worked in the back of Joe’s Prius! 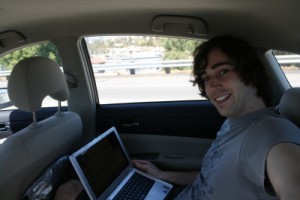 The Vedder tour also was the catalyst for my next trip. For the 2 Vancouver shows I had invited a Flickr friend, and fellow Pearl Jam fan from London to come spend a week in Vancouver with me and come to the shows. She accepted, and during her 1 week stay we really hit it off. A month after she left I flew out to London to visit her for two and a half weeks. 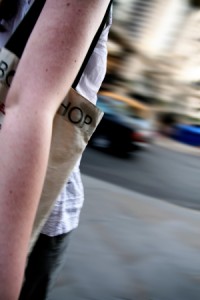 I had a fantastic time in London, and was even able to spend a weekend in Paris visiting my cousin. Surprising Jason on my arrival was also a nice bonus. However he really didn’t seem to shocked to see me there. 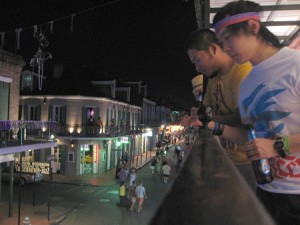 In June I flew to Nashville and embarked on a mini adventure with Jason and Lester through the south. We drove south from Nashville to New Orleans, then up through Mississippi to Memphis, and finally back to Nashville. We ate food at a Bar with a Kitchen, saw some fantastic live jazz, saw the home of the King, and had our vehicle fully searched by the police. All in all a great adventure. When we arrived in Nashville we met up with Kasie and Joe, and made our way to the Bonnaroo music festival. 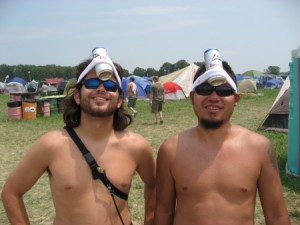 Bonnaroo was a real blast (and did I mention extremely hot?), even if on the first day I didn’t quiet feel into it. However after seeing a couple of really great sets I got right into it. There were some really great acts at Bonnaroo, and it was a real pleasure sharing the experience with some of my best friends! 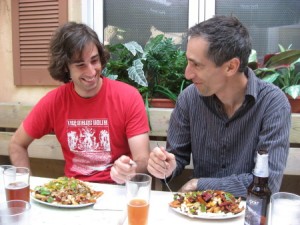 After Bonnaroo I flew east to Montreal where I spent a week visiting with my brother and nephew. I was able to celebrate my nephews birthday, take part in the Saint Jean Baptiste celebrations, as well as do a search for the best poutine in Montreal. On my way home from Montreal I made a brief stay at my parents place to deliver my nephew to them for his summer stay. 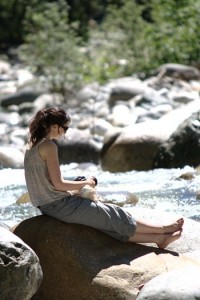 July began with another visit from Laura. We had a pretty chilled out time together touring around some of the summer hot spots in and around Vancouver. Despite nursing a horrible toothache, Laura was a really good sport all week. The day after Laura left, my parents came for a short visit. They stayed a few days before bringing my nephew to the airport and send him on his way back to Montreal. The day after they left I headed out to Pemberton with Lester and Bernie to take part in the inaugural Pemberton Music Festival. Despite a few hiccups the festival was a glowing success. 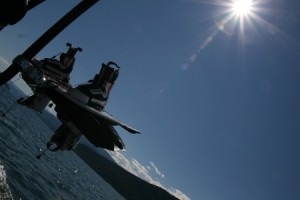 August was a relaxed month. I spent a bunch of time in Fauquier, and got to attend the wedding of high school sweethearts Dustin and Sarah. At the end of the month I went with Lester and Bernie to the first ever Stanley Park Singing Exhibition put on by the New Pornographers. 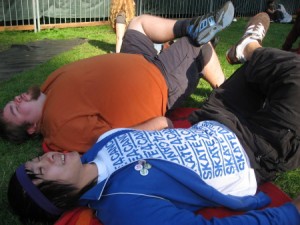 September I invited Kyle to Vancouver to attend his first “real” concert with a band he really liked. It was great having Kyle around, and to take part in his first ever concert. We also managed to organize a session of hockey for him, and were able to get Jen and Steve out. 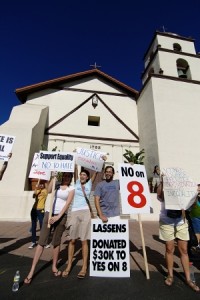 October I caught a bunch of really good shows (Gogol Bordello, Sigur Ros, and Neil Young). Near the end of the month I had my wisdom teeth removed. While in November after the depression of the Canadian election, and the exciting of the US election, I took a trip to Ventura, California to visit Kasie and Joe. It was a really relaxed visit. We played lots of settles, surfed, protested, ate some really excellent food, and I took some of my favorite photos of the year. Like all visits this one was too short. 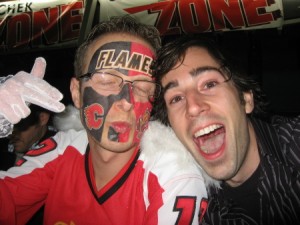 At the end of November I organized a surprise stag for my best friend Joern. Bernie, Lorne and myself kidnapped him after work and flew him to Calgary to attend a Flames game, play paintball, and visit with some of his close friends. I would like to say I was the star of the weekend for doing something really cool, unfortunately this weekend will go down in everyone’s memory as the weekend Stefan jumped (or was it fell) down 5 rows at the Saddledome. 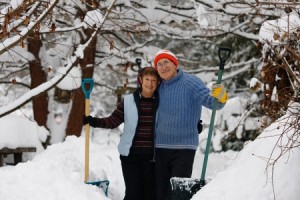 Finally December marked the end of the year. It was a true December, with snow, sledding, family and fun. It was also one of the best Christmases I can remember.

So tonight I will cap off another great year, and look forward to the new year ahead, and a month (or more) in Hawaii.

Wow. Pretty amazing year there. I’m so glad I took the decision to come out to Vancouver. Very good times indeed 🙂 I hope 2009 is even more wonderful for you. xx

I’m so thankful to have been able to be included in all those great memories. Cheers to 2009!!

this made me smile. it is refreshing that your true happiness comes from the real things in life… the people you love, art, music. I love it.