Posted on January 10, 2011 by stefan klopp under Photography, Travel

File this post under the better late than never.

The major reason for me to go on the big road trip from California to Colorado was to attend the wedding of my friends Venassa and Raphael. I had met Venassa back in 2006 in Vegas when following Pearl Jam on their west coast leg of the tour. She had seen us during the Canadian Tour (or our Van) and got into contact with us wanting to join us if we ever did another tour. When the US tour was announced she joined us in Vegas. As things go I also met her now husband Raphael at the same time. He was living in Vegas at the time, and was meeting up with Venassa for one of the first times after the two had been set up by friends who thought they would get along well.

After the tour I kept in touch with Venassa and would see her every so often when visiting Montreal. When she told me she was engaged to Raphael I was extremely ecstatic for them. The chemistry between the two when I first met them was obvious, and it made me happy to hear they finally were able to make it work. When Venassa asked if I could take a few photos of their wedding, I told her I couldn’t be happier to.

As for the wedding, it took place at Keystone Resort a little over an hour East of Denver. It was completely non traditional; on top of a ski hill, Venassa’s cousin doing the ceremony, everyone dressed in ski gear, and most people going for runs after. It was a fun, and touching ceremony, and a fantastic weekend. Shooting the wedding was a bit tough due to all the ski gear everyone had on, and the midday light, not to mention having to hold a camera in the extreme cold. Regardless I think I got a few good shots from the wedding. Here are some of my favourites. 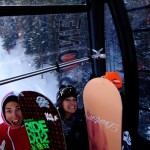 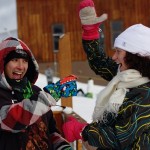 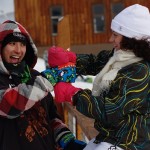 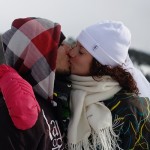 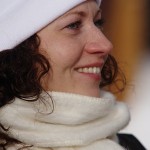 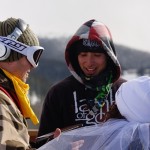 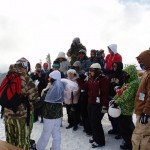 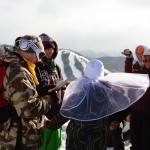 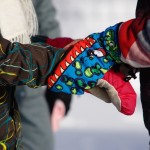 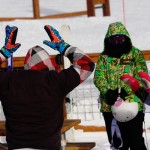 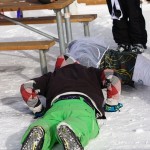 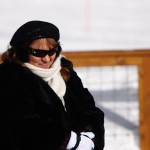