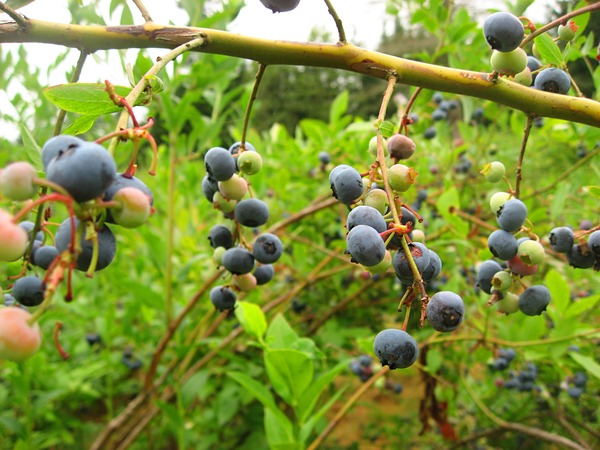 Last weekend I went blueberry picking with my friend Oliver at John & John’s certified organic Blueberry Farm in Langley. I had found the farm online via the BC Farm Fresh website. Then double checked the farm at the Certified Organic website to make sure the farm was indeed organic. A quick call to find out they charged $1.50 per pound, and Oliver and I were off picking. 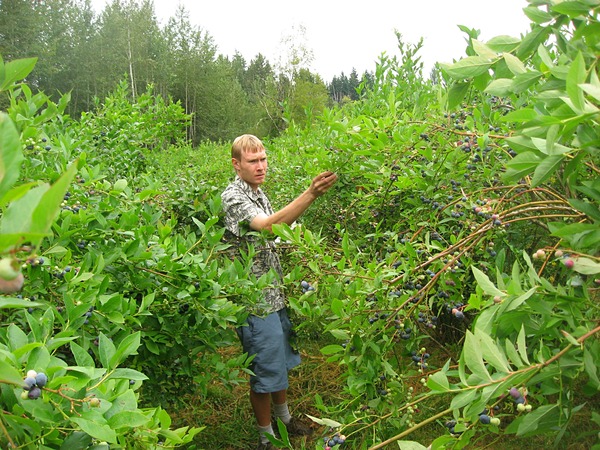 The farm was relatively easy to get to and was about 10 minutes off Highway 1 taking the exit for 232 street. The farm was small, but had a good bunch of blueberry bushes that were loaded with berries. They say the best way to tell if a blueberry farm is organic, is to look at the rows between the bushes. You will often see grass growing in the rows, and around the bushes, while at non organic farms it is generally a lot more muddy, and often filled in with straw or hay. My brother asked me what it means for a farm to be certified BC organic. I found the this website useful, specifically the following lines: 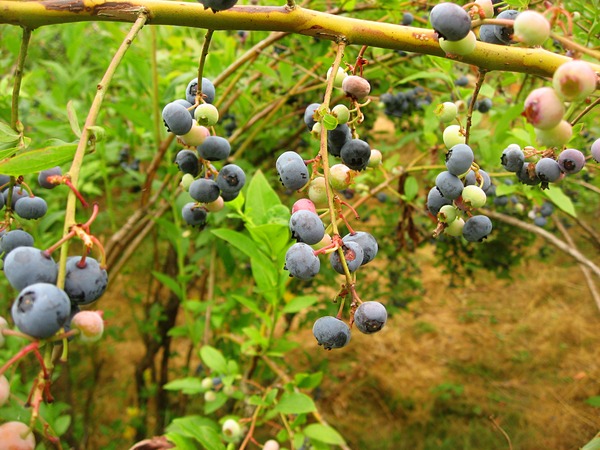 In about an hour and a half Oliver and myself had picked roughly 21 pounds of blueberries between us. I think Oliver probably ate a good 2-3 pounds while picking as well! At this point we had run out of buckets and decided to call it a day. 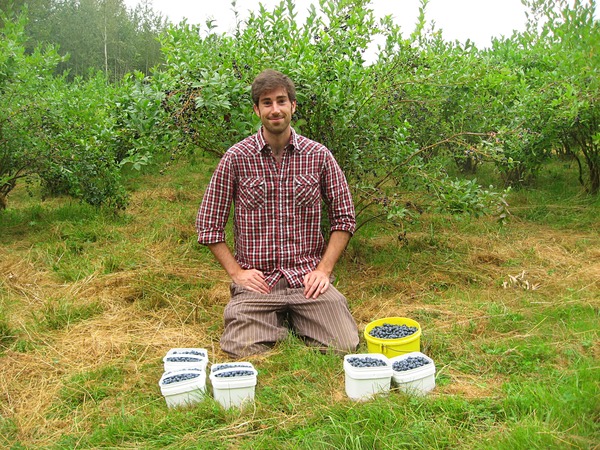 John and John’s Farm was a quick drive out to Langley, and a great place to spend a few hours picking organic blueberries. Their prices were reasonable, and the fruit delicious. You can find John and John’s at: 4015 244th Street, Langley, British Columbia, and can contact them via phone at: 604-803-9185.

I highly recommend going out during the season and picking fruit at either a u-pick or in the woods. It creates a better connection between yourself and the food you eat, and a stronger understanding of how and where your food is produced. Now time to go make some jam! 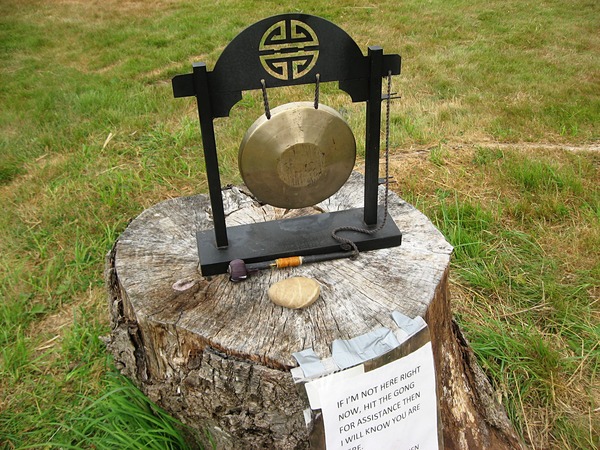 I always look so intense on camera. ha ha. The blues are going fast, though, might have to make another trip sometime.

Oh, I go to this farm every year. Like his card says, ‘you’ll we back’.
Do you know if there is still lots of berries on the bushes.
Thanks

Sarah I haven’t been since the 8th, but I would assume they would still have a lot of berries. There was a large amount of green ones when we went which I would assume would be ripe now.

Thanks for the info. A friend told me there are still lots of berries in Richmond as of last weekend, so it is safe to say John probably has a new batch.

I am dehydrating the blueberries I pick as the ones you get at Costco are FULL of sugar.

Hi I am going to be in your area and would like to pick up some blue berries can I get a phone number to call thanks.
Randy