Posted on January 12, 2010 by stefan klopp under Looking Back 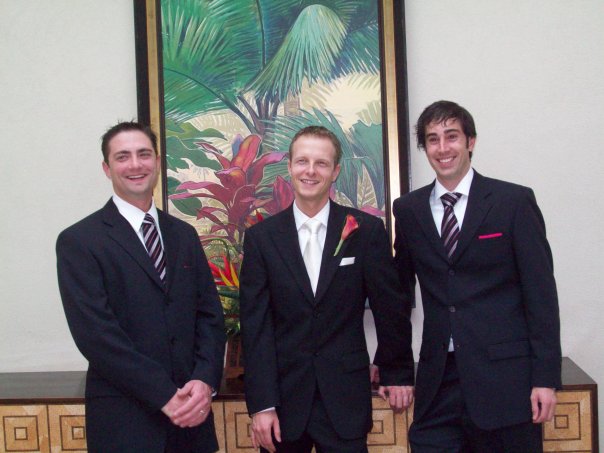 2009 started with a trip to Hawaii to see my best friend Joern get married. I was the best man of the wedding, and wouldn’t miss the occasion for the world. It was a beautiful ceremony that took place in the garden of the Sheraton on the Big Island overlooking the ocean. A fun evening of drinks dancing, and other fun events took part after. 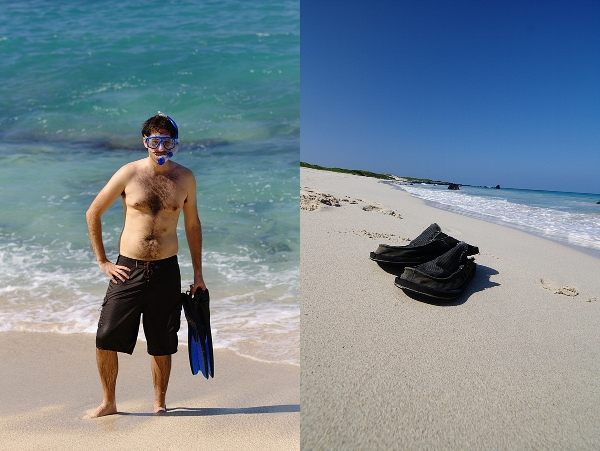 The first week in Hawaii was spent on the Big Island. I was staying with Jason who I had convinced to come along, as well as Bernie and Andrew who were there for the wedding. We had a good balance of touring around the island and just lazing on the beach, and enjoying the warm Hawaiian waters. After our first week Bernie left us, while Andrew, Jason and myself headed off to the Island of Kauai for some more adventure. 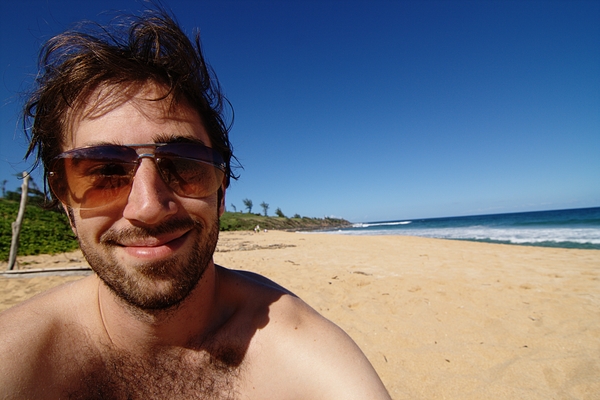 Kauai was a bit of a fantasy land. Such an amazing island in terms of geography, so lush and green, and such an amazing place to photograph. We spent 2 weeks in Kauai, during which time I actually worked for days. I would wake up at 6am and work until around 1ish. This would still give me half the day to explore. Jason at the time was working on his book and kept to a similar schedule to me, while Andrew spent his mornings exploring around on his own. It worked out extremely well, and made me extend my trip by another 2 weeks. 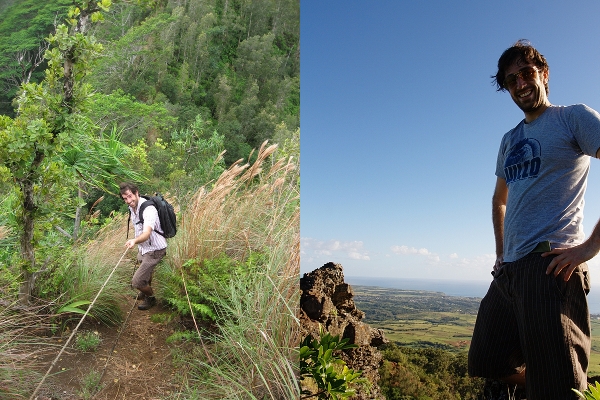 The 2 weeks spent in Kauai went by quickly, and soon it was time to move again. Before leaving the island however we decided we would catch a benefit concert at a school on Kauai that featured Donavon Frankenreiter, and Jake Shimabukuro. Jake stole the show as expected, however seeing all the kids in the school singing/playing along with Donavon was also quiet fun. 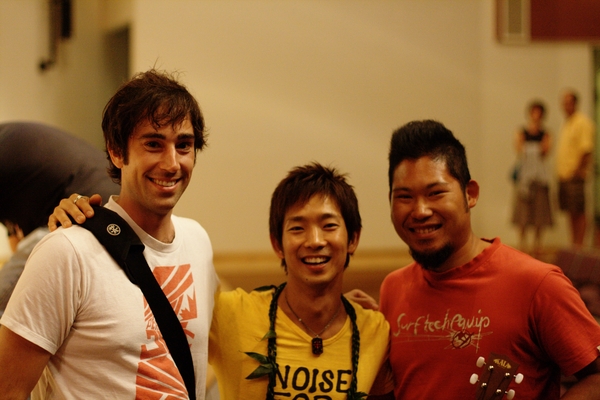 We took off to Honolulu for a few days to celebrate Andrew’s birthday, after which we moved onto Maui for a few days. Maui we spent a lot of time our time driving around the island exploring. Our trip along the Hana Highway goes down as one of the most scenic drives I have done to date. It is also largely untouched by tourism, and still very remote. 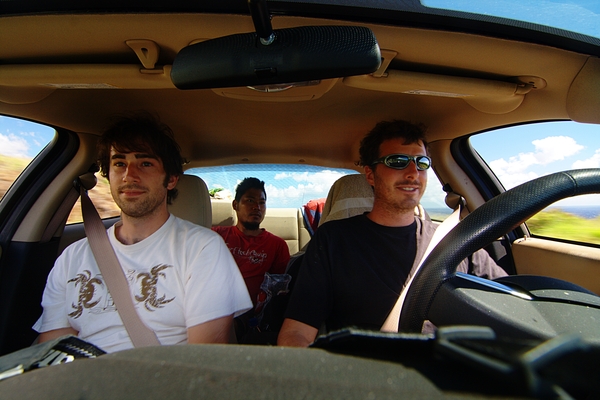 Finally we ended up back on the Big Island for two more weeks. These last two weeks were spent mainly surfing. We had found a fantastic house to rent half a block from the beach, which allowed us to simply walk from our place, to the beach and go surfing. We did also manage to make it up to the top of Mauna Kea. 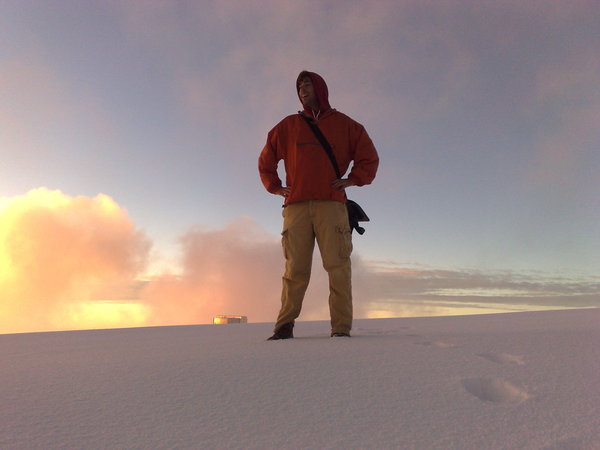 Unfortunately my time in Hawaii had to end. Although it was nice to be back in Vancouver, and catch back up with life, and play some hockey! Started off playing back in Langley for my tema the Master Bladers, then as the winter started to turn to spring, I began to get some Burton Hockey sessions organized, slowly bringing in new recruits for the year. 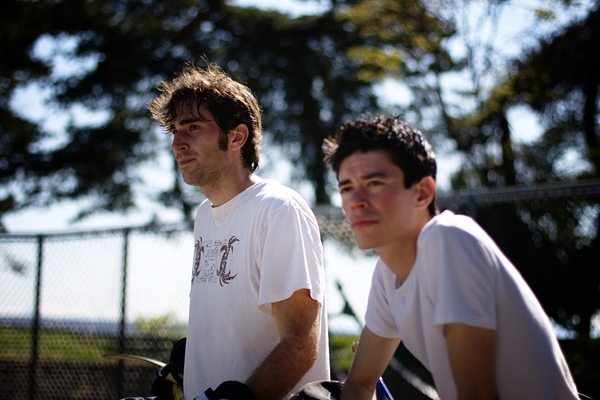 It turned out to be a banner year for Burton Hockey, for both VRH and BUSH. I even managed to score my 1000 point, and Lee went on to destroy the record books.

Also during the spring Jordan, Oliver and myself after a night of many beers, started Urban Capture the Flag. We had an initial beta test, then got around to setting up matches every couple of weekends. It was a lot of fun to get going, unfortunately due to busy summers the wheels fell off. Hopefully in 2010 we can get the ball rolling again, especially so we can do another Capture the Beer. 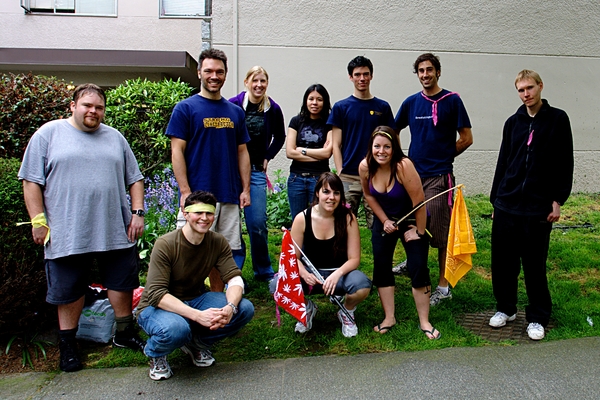 As the spring rolled on I did my annual festival of the year, by attending the Sasquatch Music Festival. I was accompanied by Jason and Lester. It was a ridiculously fun weekend, which was made even better by the cool crew we met from Calgary/Canmore. If only everyone could experience a car party, or the flambongo. 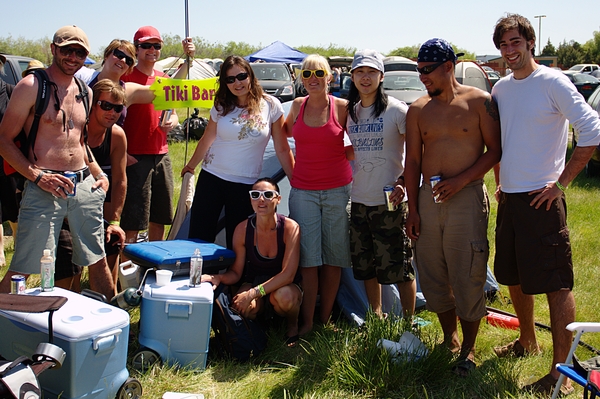 As summer quickly approached, I hastily made a bunch of new travel plans, that would take me away from my beloved Vancouver for most of the summer. Before leaving however I still managed to plant my tomatoes, and get them started on my balcony. 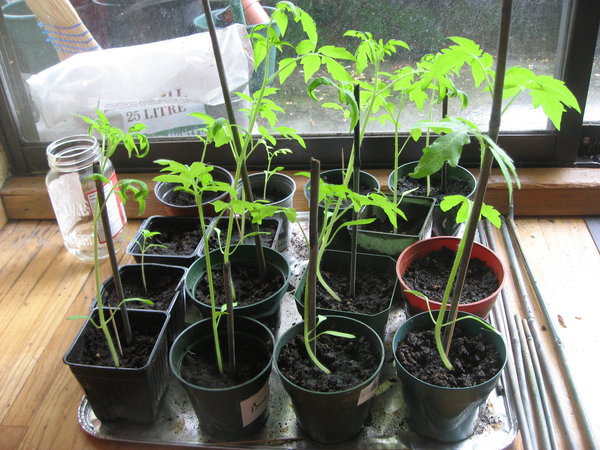 Finally my last weekend in Vancouver before taking off was spent up at Whistler celebrating Joern’s 30th birthday. It was a fantastic weekend that saw the creation of the m-1000, some amazing stealthing, and a lovely barbeque on the lake. 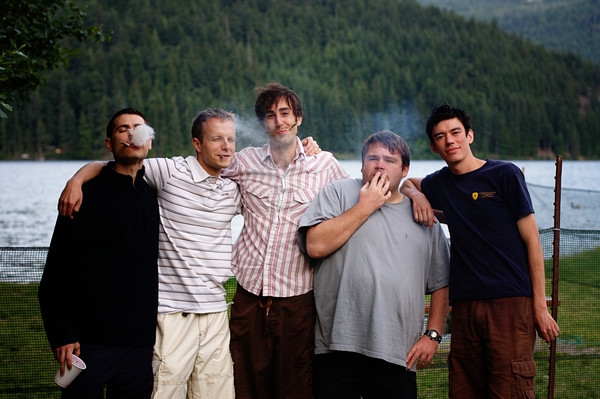 Montreal and Europe for the Summer

It is becoming a bit of a tradition now for me to visit my brother in Montreal over the summer. Last year was no different. It was a lovely visit with Richard and Youki, and was great to see my ever growing nephew Mateo. Say what you will about bribery, but it works on kids, as I was able to get my nephew to cut his hair! 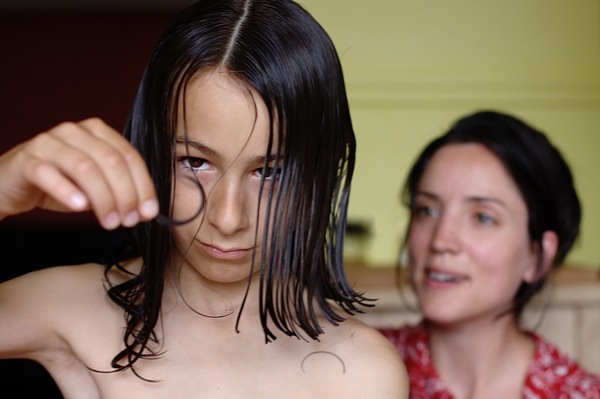 On my last week in Montreal after a visit to Ottawa I fell sick. Horribly sick. It was one of the worst times of my life, and could have been so much different had the medical system in Quebec treated me correctly. Unfortunately when it came time to fly to Europe I couldn’t go. I pushed back my flight 5 days in the hope I would recover. Luckily I did after seeing a new doctor. The only good thing that came of this, was that I was able to go on another search for the best poutine in Montreal. 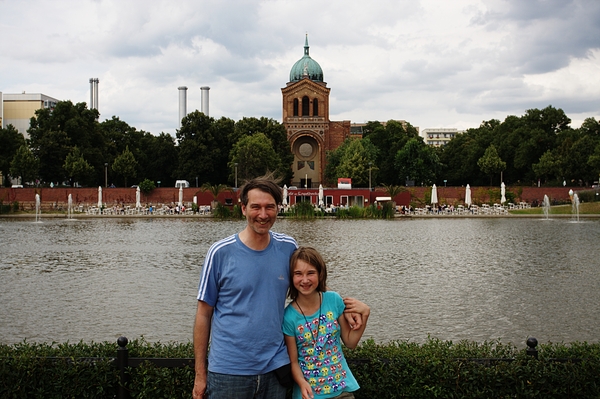 I hadn’t planned on going to Europe last summer. However it was my cousin Johanna’s wedding, so I couldn’t not go. Building off the success of my time in Hawaii I decided while in Europe I would work for the majority of my time there to save on vacation days. I spent my first week before the wedding in Berlin, where I met up a few times with my cousin Christoph. It was really nice to spend time with him and get to know his family. Then it was time for the wedding. So I hoped a train and headed out for Oldenburg. 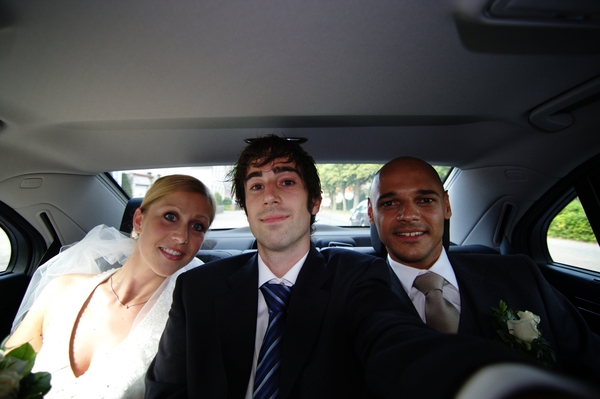 The wedding was absolutely wonderful, despite being completely confusing for me language wise. Johanna being German, and Regis French, made for a very bilingual wedding, in languages I am not exactly the best at. Regardless there were a few nice French girls who could speak English who helped me out. Johanna had asked me to take some photos of the ceremony. I had never shot a wedding before, so I was a little nervous to do so under the gun, however I was pretty happy with the result of the wedding photos I took. 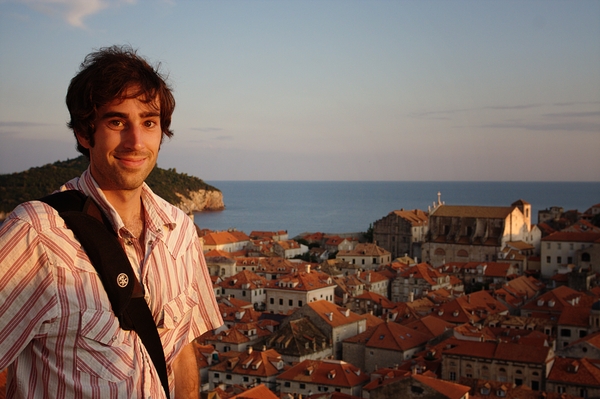 After the wedding I was off to Berlin for a final two days before heading off on the rest of my adventure. Next stops, Croatia and Italy. I met up with Jason in Dubrovnik, where we started our adventure. We spent a wonderful two days in Dubrovnik, exploring the old city walls, enjoying the local cuisine, and partying in the back alleys.

We then picked up our rental car from the airport and started our drive North towards Kastav, where our good friend Sid lives. when we picked up the rental car, we were told Avis wouldn’t honor our rate. We had rented with carrentals.com, who guaranteed us our booking, yet Avis said there was a problem, and we had to pay 10 times the price we were quoted. Here is more info on how we were screwed by avis and carrentals.com. 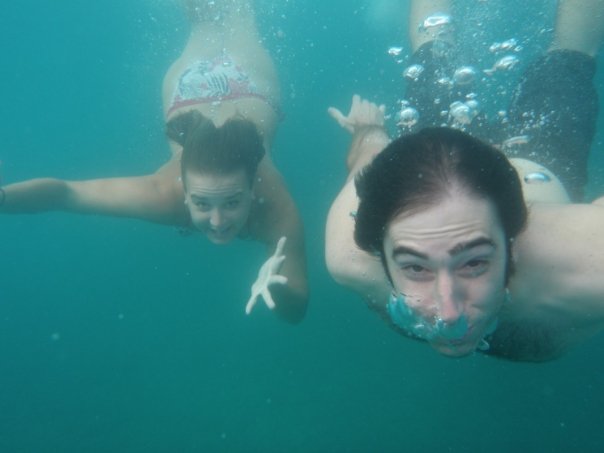 Despite that minor problem, we continued on our drive up the Croatian coast, finally making it to Kastav where we spent our weekend getting shown around town by Sid.

It was then off to Italy. I celebrated my 29th birthday in Venice with Jason. I then continued on alone south through Verona and Florence. I met back up with Jason in Florence and we continued on to Siena where we attended the Palio de Siena. We were lucky enough to be able to stay with our friend Berenice at her lovely Siena Villas.

Just like that the trip was coming to a close. One final stop in Manchester England to see some friends, and catch a Pearl Jam concert, and then it was back to North America for me. 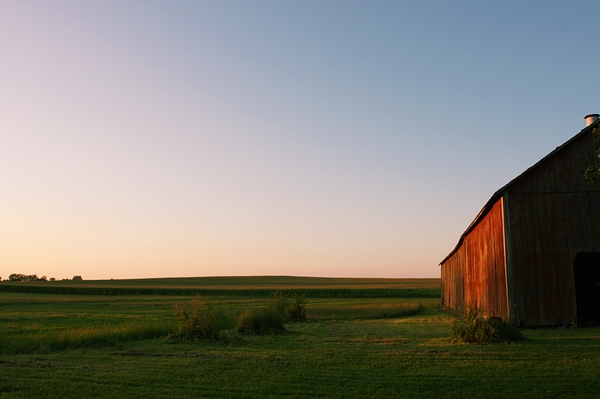 Wisconsin, Wilderness, and a Trip to the East Coast

A few weeks after returning home to Vancouver I was off again. This time to Wisconsin. One last wedding, and another adventure with Jason. I arrived a week before the wedding of my friends Tom and Ingrid. Basically for the week leading up to the wedding I worked during the day, then in the afternoon went off on adventures exploring the state of Wisconsin. It was a fun time. Jason arrived a few days before the wedding, and the rest of our time was spent celebrating the wedding of some good friends. 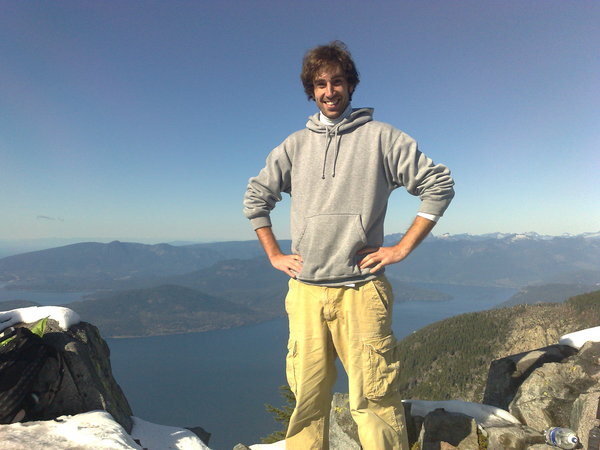 When I got back to Vancouver it was time to do my annual hike of the year. This time it was up the Lions. It was a nice hike with a bunch of great friends, and probably the last opportunity we had before the weather started to turn ugly. 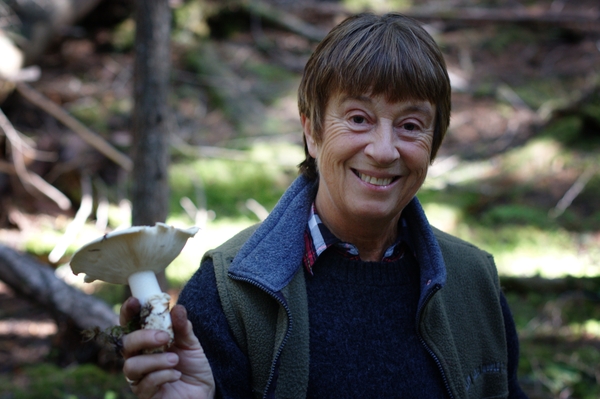 I made it home to visit my parents in the Kootenays for Thanksgiving. I spent some time with my mom pine mushroom picking. The rest of my time was spent in the kitchen helping her out baking pies and other nice treats. 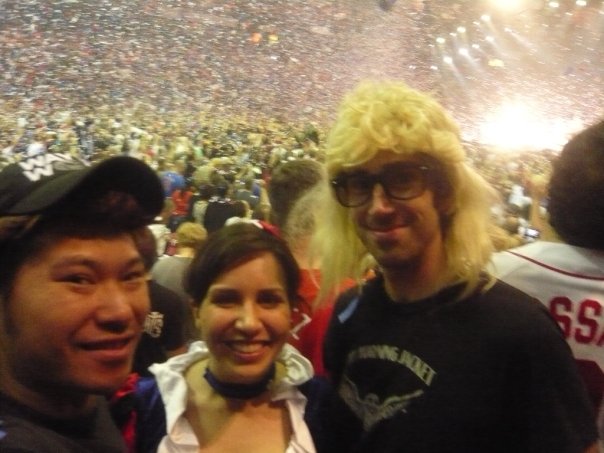 My last trip of the year took me to Philadelphia and Washington DC. I finally got to see my first ever Flyers home game, and proceeded to catch two more games. Finally to close out my weekend I caught the last ever concert in the Spectrum (where the Flyers won their Stanley Cups) played by Pearl Jam.

Returning home it was time to finally ground myself for the rest of the year. I spent the final two months of 2009 reconnecting with friends, and baking up a storm. Christmas was spent with my parents and family feasting and playing games. A wonderful way to close out such a wonderful year. Here is to 2010 being as good to me as 2009 was, and perhaps a return to bearded Stefan. 😉 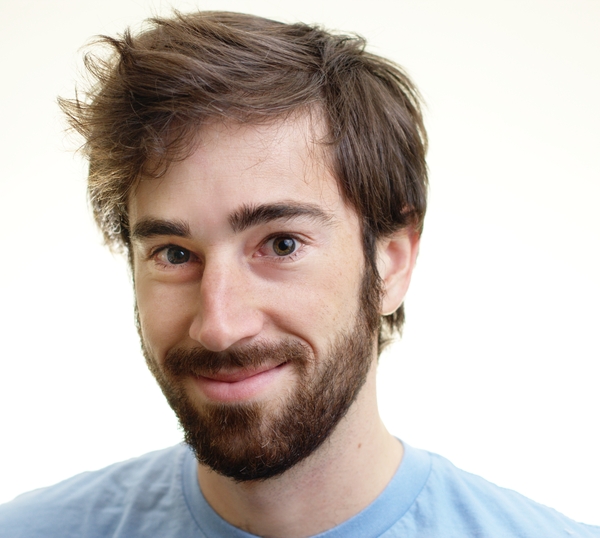 What a year, Stefan. You may have done more in ’09 than I’ve done in my entire life.

Pretty impressive Stefan, I am curious to see what this year will bring!

[…] after finding a flight for less than $600 I decided to jump at the opportunity. As you may know I started last year off in Hawaii as well. I spent an amazing 6 weeks there last year, so it was a no brainer to return. Every year […]